A job that was omitted from the last blog is the construction of a new gangway. This job is already under way in the boat shed and is now awaiting some new wheels and the stanchions to be removed from the existing gangway, at the end of the season. 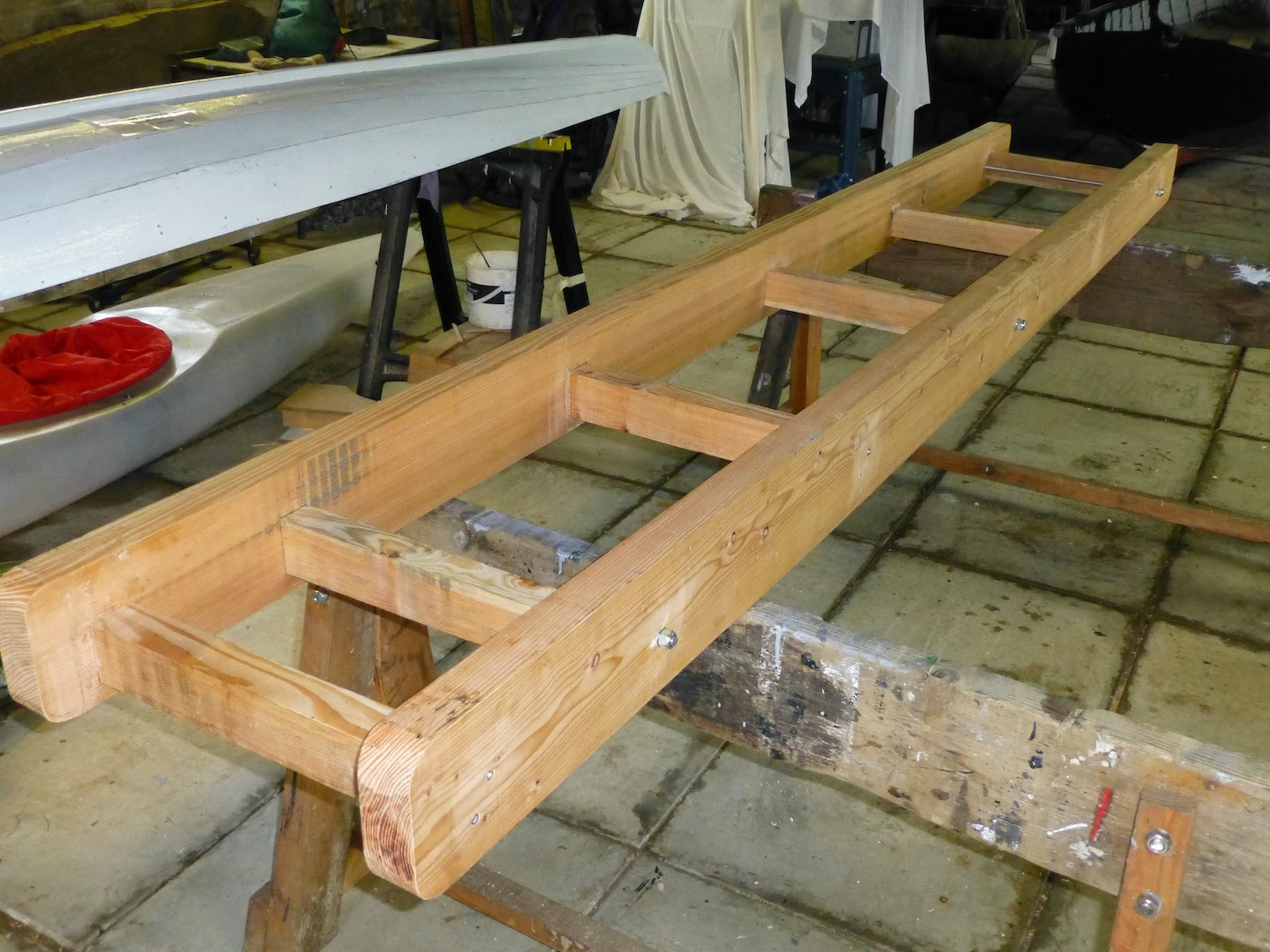 One visitor to the boat shed also suggested that Shaune should make a cat-o-nine-tails. Something to do with keeping all the volunteers in order!

After last week's photo of Shamrock sat on the mud in the afternoon sun, this week's shows her afloat in the morning sun. 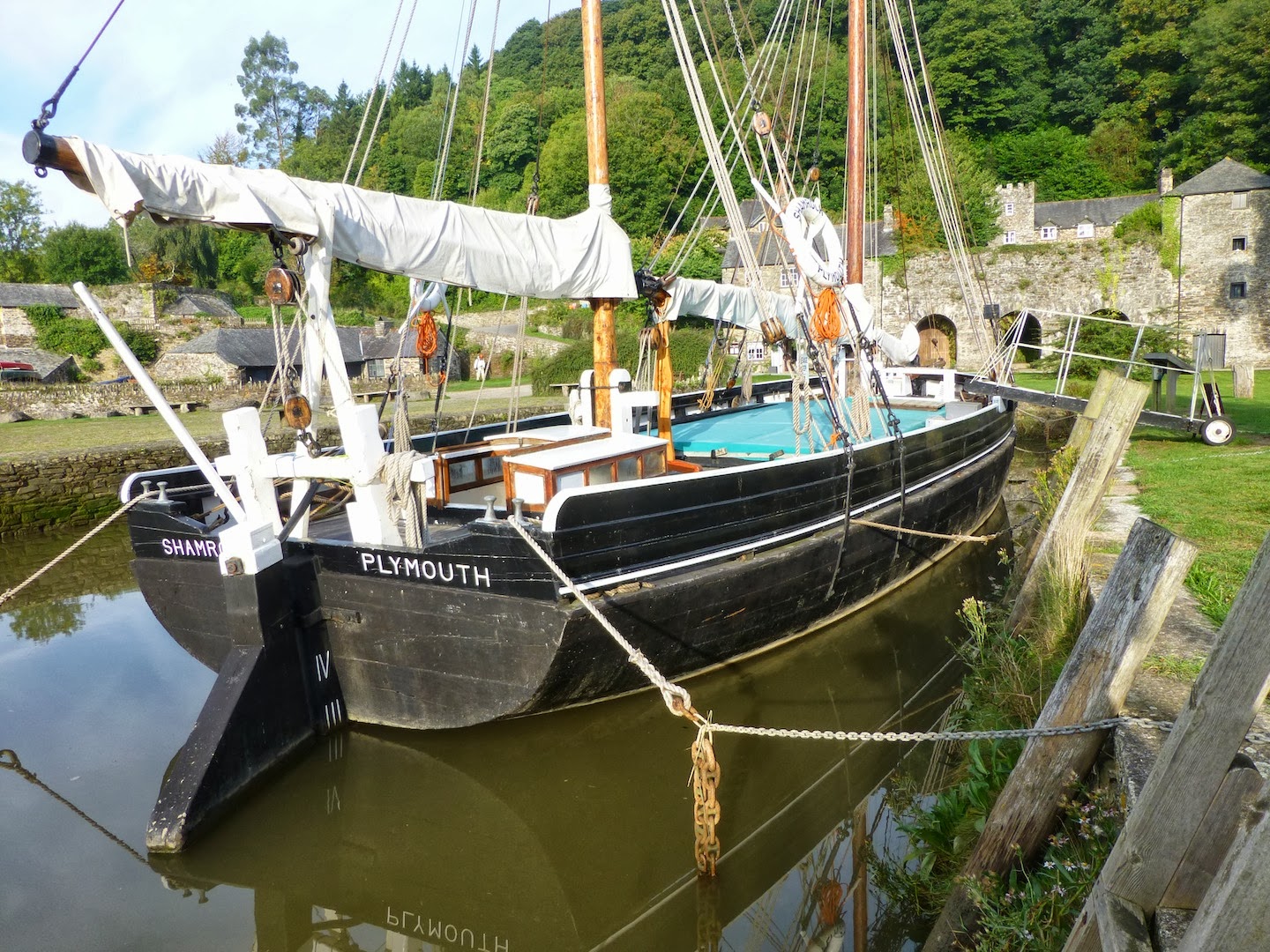 While on the subject of photo's here's one of the mud buggy. Lovely lines for keeping the mud out. 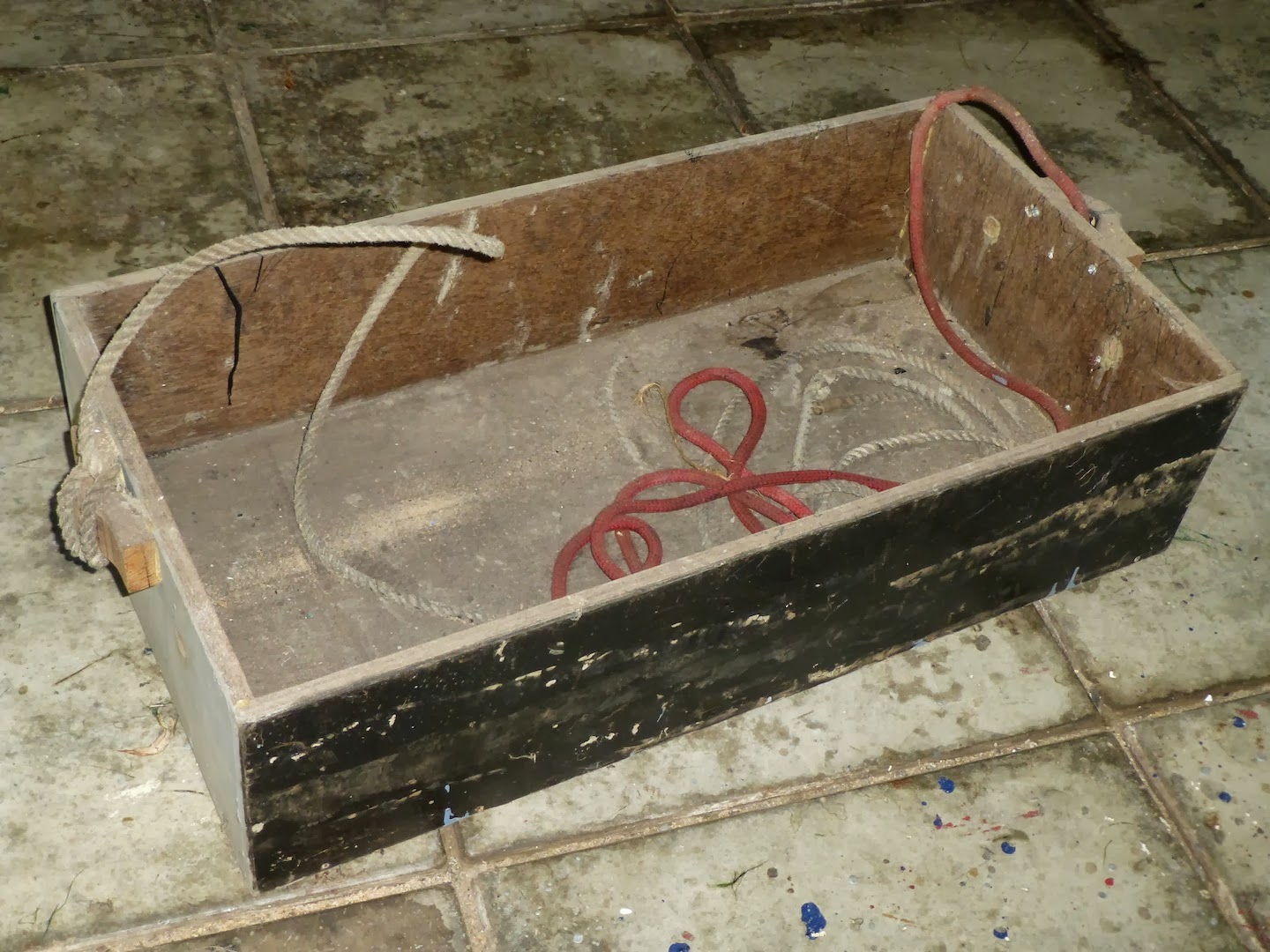 Posted by Shamrocks Crew at 22:59 No comments:

As Shamrock basks in the autumn sun, winter working plans are being discussed. 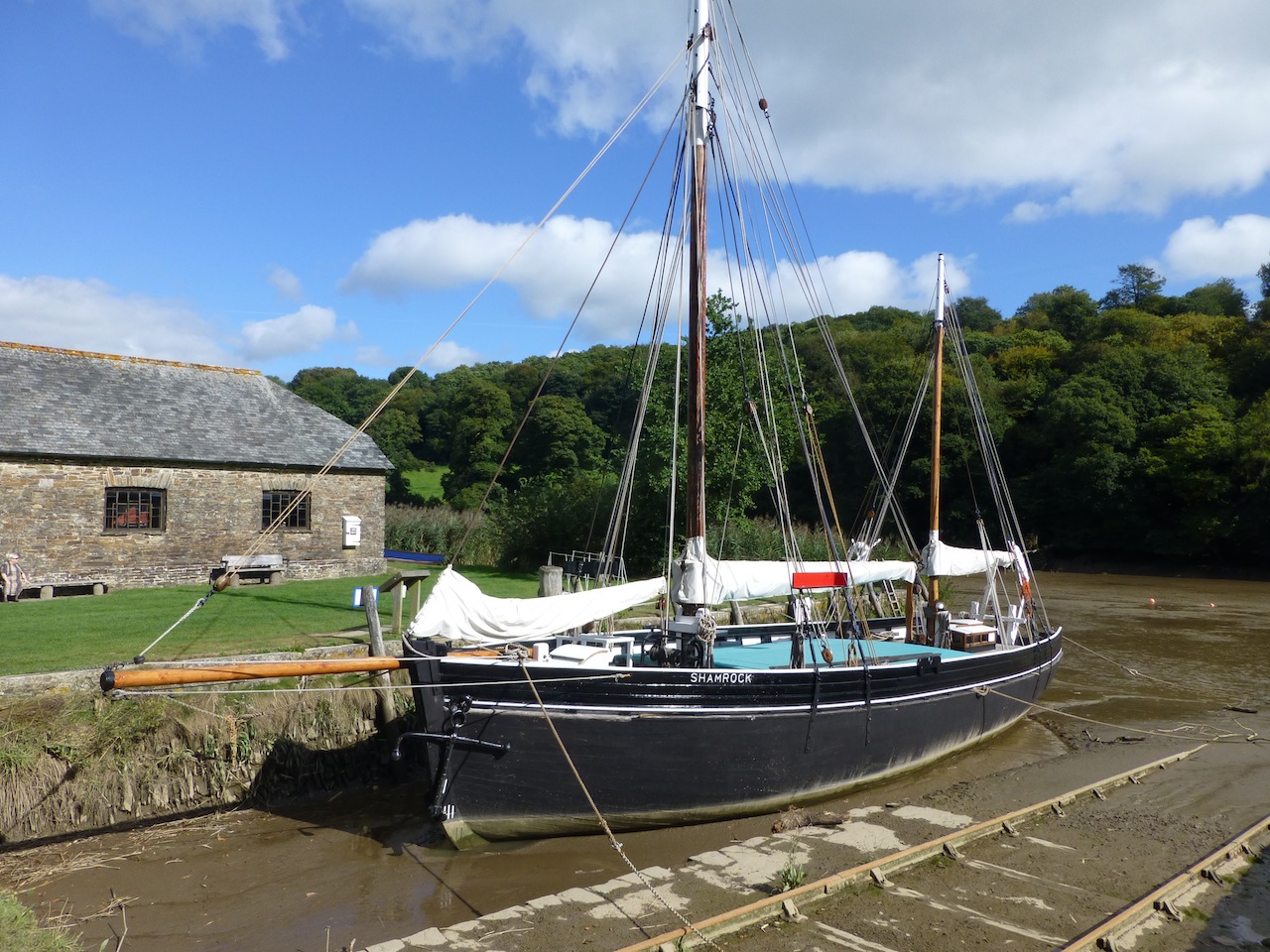 During the winter Shamrock normally sits on her cradle at the top of the slipway with her winter cover on, this cover is very low and restrictive. So this years plan is to leave her in the dock, remove the rigging and some of the spars and leave at least the main mast standing. The idea behind this is to use the masts and possibly the booms to support a higher cover over the deck to enable wet weather working without being on your knees.
The list of planned jobs seems to be growing and as with all Shamrock's plans a lot depends upon the weather.


One thing we can be sure of is that these lists will be changing.
Posted by Shamrocks Crew at 16:10 No comments:

All Quiet on Shamrock

Regular followers of this blog may be wondering why there has been no mention of any maintenance activity (painting) on Shamrock over the summer period. This is mainly due to the fact that she has been open for visitors on most week days and as we have found out visitors and wet paint don't mix very well.
The plus side of this is meeting lots of very interesting visitors from all walks of life and some inquisitive children who think it's great that they can walk below deck while the adults have to stoop. Either that or walk into one of the very low beams.
As plans are already being drawn up for winter working we are sure this lack of activity will soon come to an end.

Posted by Shamrocks Crew at 09:09 No comments:

Due to the success of the Nancy Belle river trips a bonus trip has been organised for Sunday 15th September. Don't all rush to the phone to book a place though as this and tomorrows, Thursday 12th, trips are already fully booked.
Posted by Shamrocks Crew at 18:11 No comments:

A list of known Shamrock's owners and masters from before the 1970's restoration.
This information was originally researched and compiled by Alan Viner of the National Maritime Museum.

For the purposes of registration, a ship is divided into 64 shares; most maritime nations (the United States being an exception) follow this custom.

Why 64 Shares?
As normal there appears to be more than one explanation.
The three that follow seem to be the most popular.

1. The fact that ships traditionally had 64 ribs

2. Under Queen Victoria ship owners were taxed 36% and left with the remaining 64%.

3. Or maybe it's part of the easy maths way to divide up a unit
1
1/2
1/4
1/8
1/16
1/32
1/64
Originating in the earliest trading days when the owner wanted to split the risks of voyaging between his financial friends. No decimal or % business in them there days!
All the "sixty-fourth" shares were sold off and could be split again by the new purchasers, but so long as all the fractions added up to 1, the risks were properly shared out.

On a lighter note

This week has seen the arrival in the boat shed of one of Rob Roy sailing canoe's direct descendants. 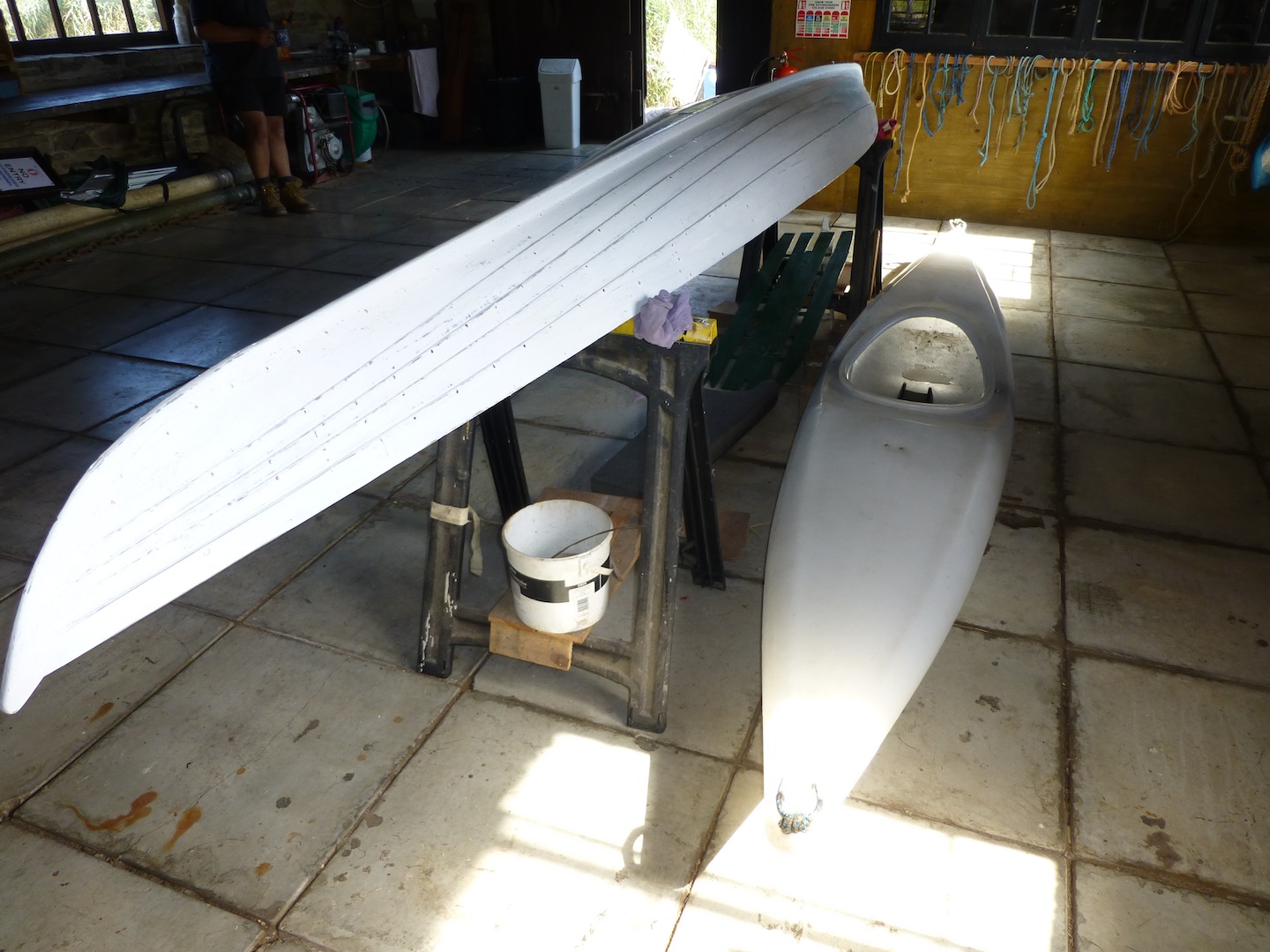 Posted by Shamrocks Crew at 22:40 No comments: