Over one hundred broomsticks were prepared ready for the Halloween half-term “Fun Broomstick Decorating” day and the boat shed ended up being invaded by lots of creative children and adults. By the end of the day there was only a few of the, shall we say ‘shabby’, examples of broomsticks left and lots of highly decorated ones in evidence all over the Cotehele estate.
The whole week of activities resulted in a very noisy boat shed and extra visitors to Shamrock. Witches and warlocks needed to park their broomsticks on the quay before being allowed onboard. There was one claimed sighting of Harry Potter, but we're not convinced.

In preparation for handing over half of the boat shed for use during Halloween half-term "Fun on the quay" events, the rather large wood pile in the boat shed has been sorted and the majority of it moved to a new store. At the bottom of the pile a large old metal tube was found, removed and broken up, with the aid of a large "Birmingham" screwdriver, ready for disposal. This was originally a metal lamp post that had been converted, with the addition of a couple of emersion heater elements, to be used as a 'steam box' for softening wooden planks during the restoration of Shamrock. It was well used judging by the amount of scale found inside and after the restoration ended up being moved into the boat shed, once it had been built, never to be used again. 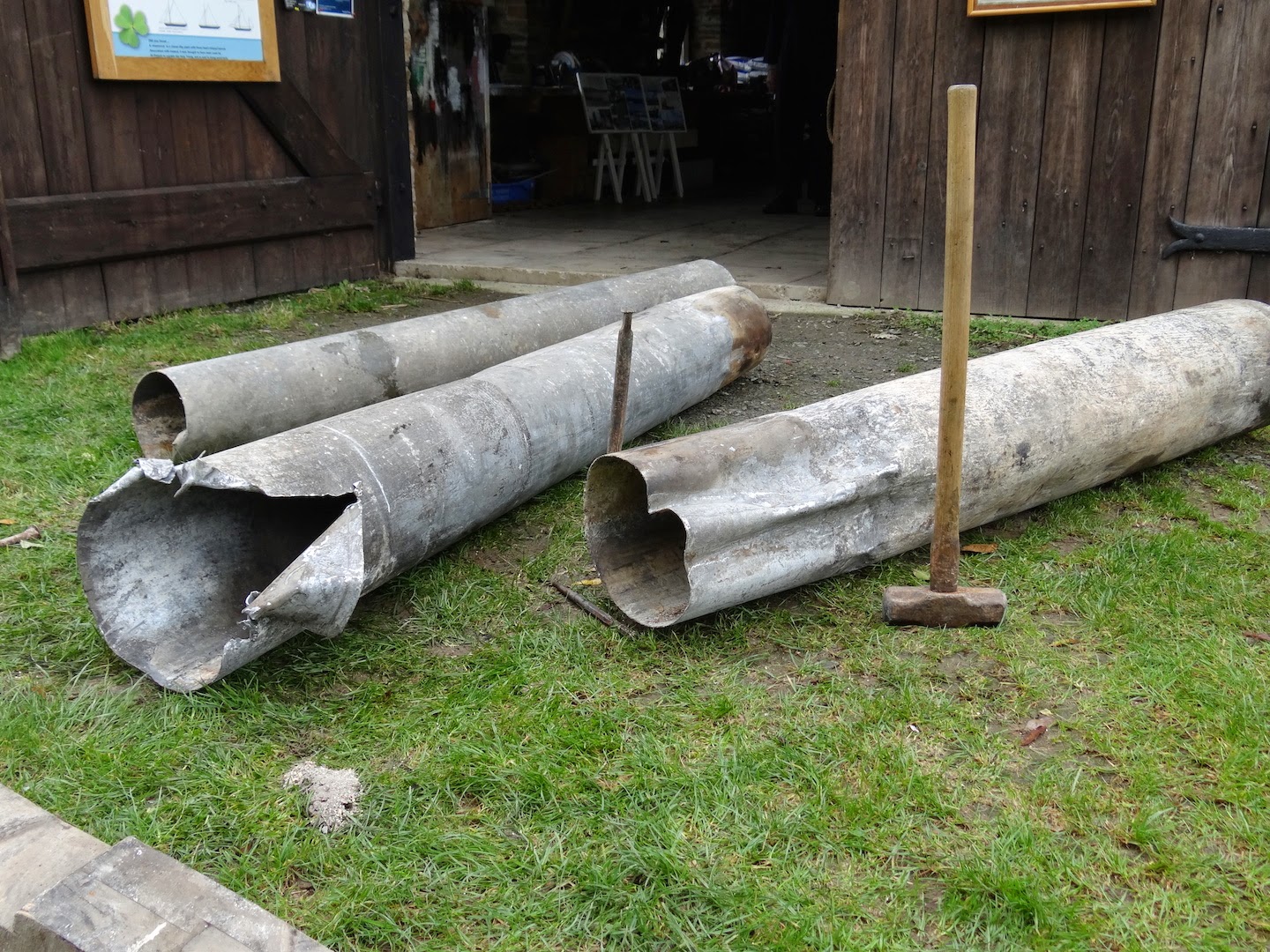 With the arrival of the first of the winter's rains Shamrock's decks are taking up again (swelling) and she is remaining remarkably dry below deck for the time of year. This is also partly due to her new cargo hold vents.

Along with the plan to get both masts and all of Shamrock's rigging into the boat shed for winter maintenance the list of dry day jobs onboard Shamrock is also growing.

These jobs are due to run over into next summer. One more job that will need to be done over the winter months is the rubbing down and painting of Nancy Belle's hull.

With the removal of the shelving from the top of the old paint locker the perfect place was created to display the model of Shamrock and someone also had the idea of enhancing it with a few old rigging blocks. 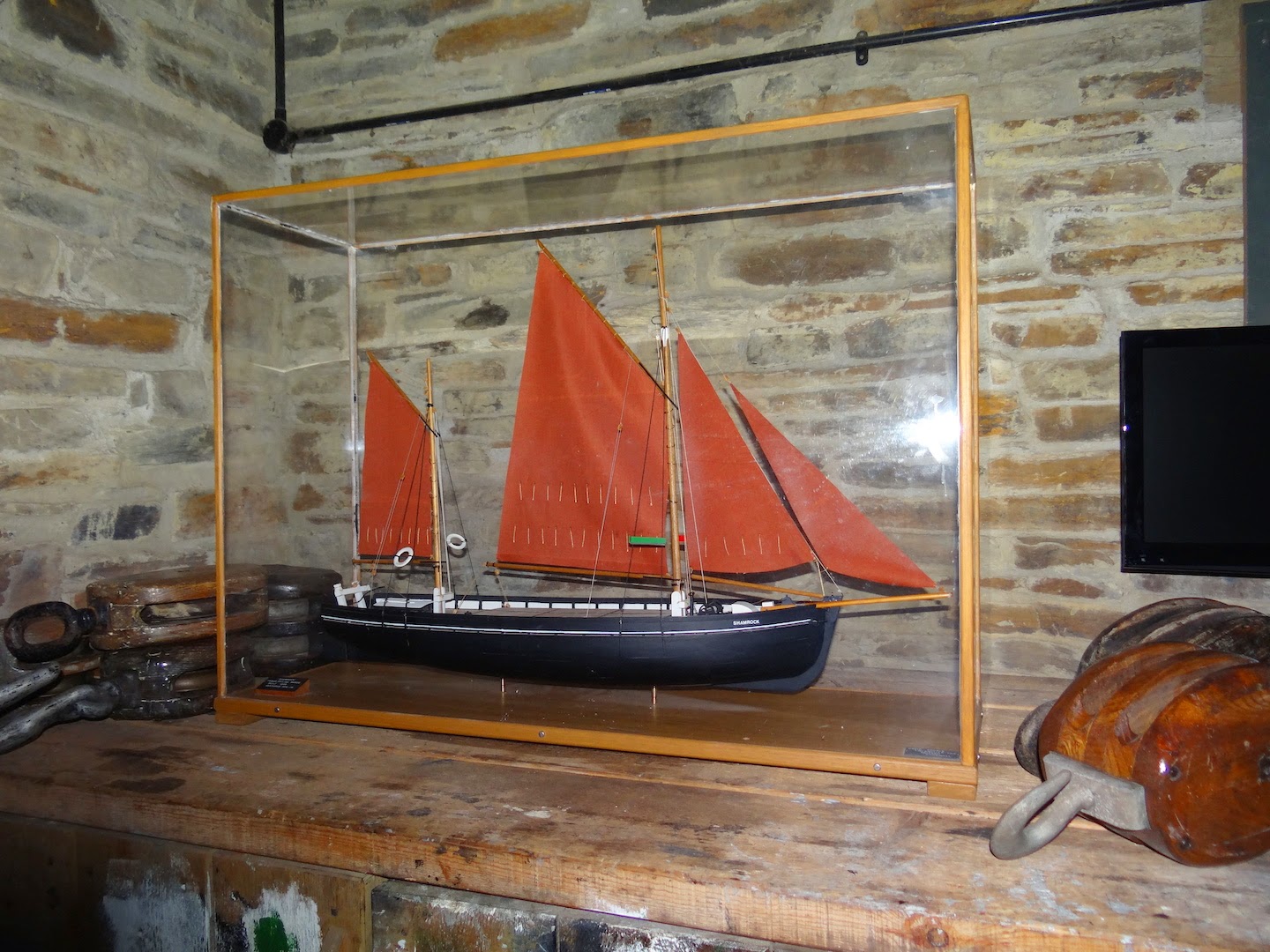 While looking through this summers photos the crew member Barry came across this photo taken during the fitting of Nancy Belle's new engine. It seems to be made for a caption competition so feel free to add one in the comments. The best one will printed with the photo and added to the boat sheds photo collage. 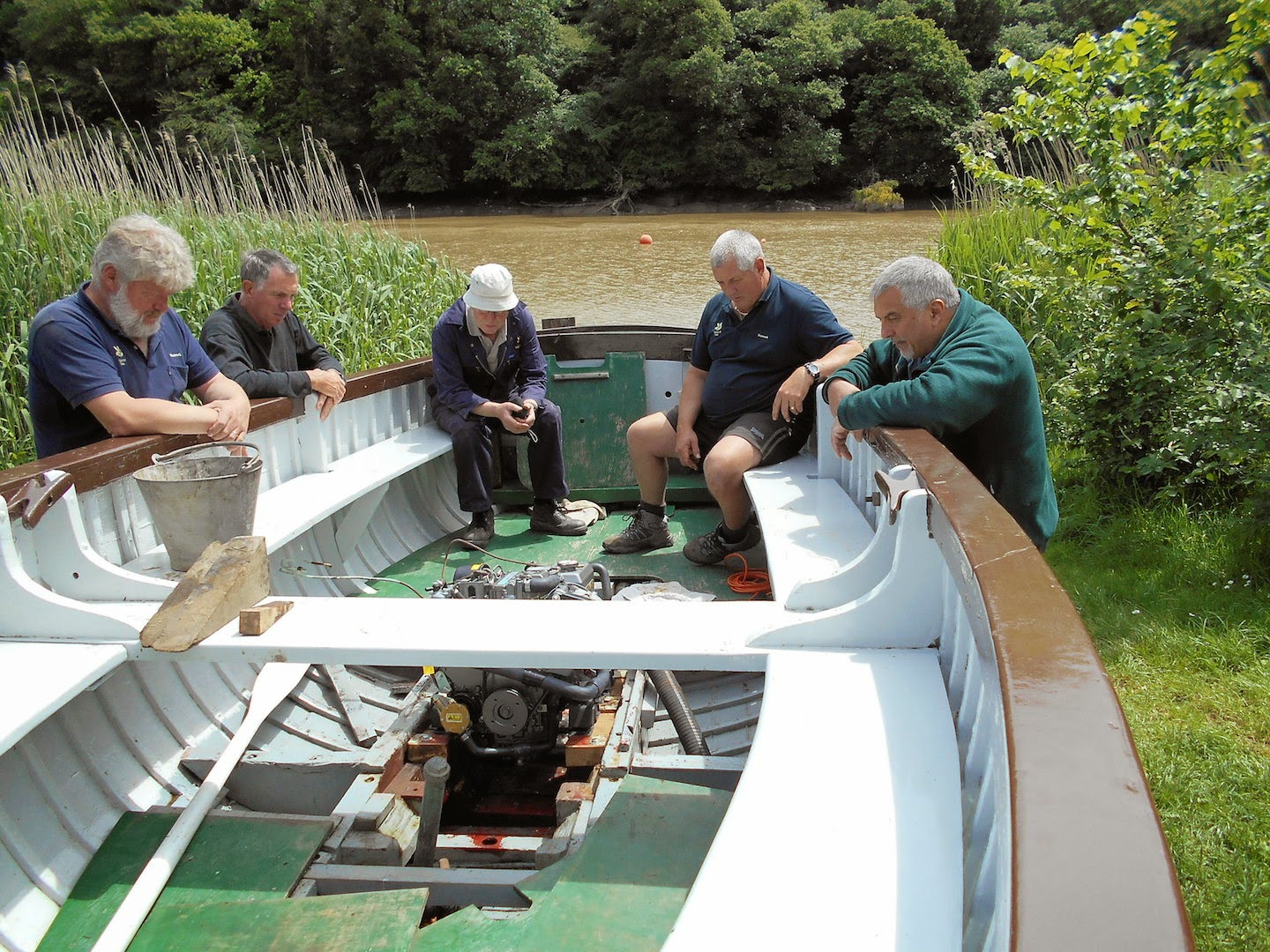 A suggestion from the crew:-

Who left that there?

Wednesday was a bit busier than normal when 80 plus pupils, staff and helpers from Liskeard’s St. Martin’s Primary School visited Cotehele. They all managed to visit Shamrock, doing so in groups of about fifteen, and unusually she was not referred to as a pirate ship. One lad did ask if we kept the cannons in the hold as he was about to go below, sorry but we did disappoint him. 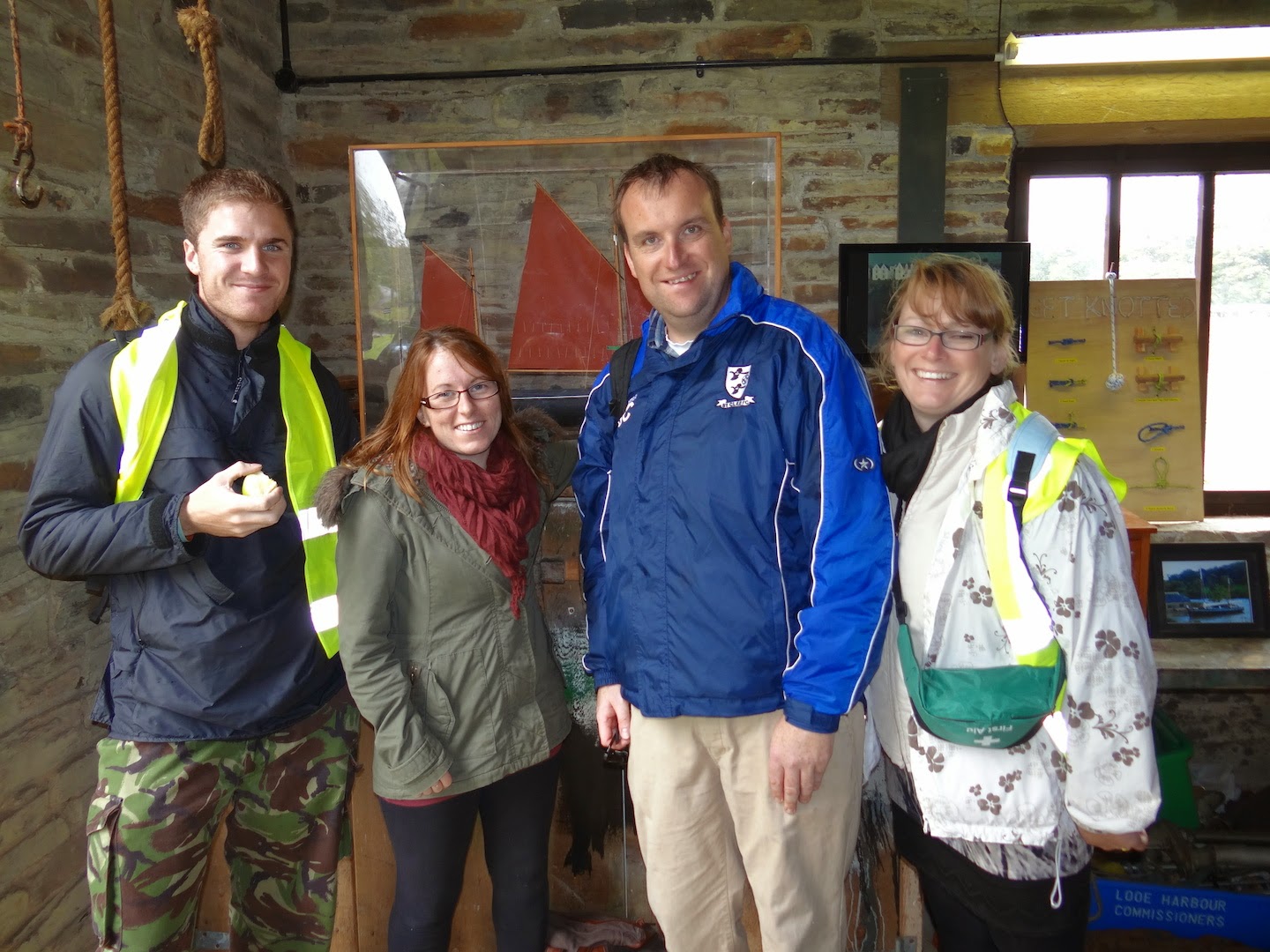 King of the Hill

With the end of the season comes the “King of the Hill” cycling event, a cycling competition. Competitors take a gentle ride up the steep hill, which is timed, from Cotehele Quay up towards Cotehele House. This is due to take place on Saturday 18th October and is becoming an annual event. As usual Shaun has been volunteered to make the trophies, there is a rumour that these unusual trophies are becoming sought after in the cycling world! 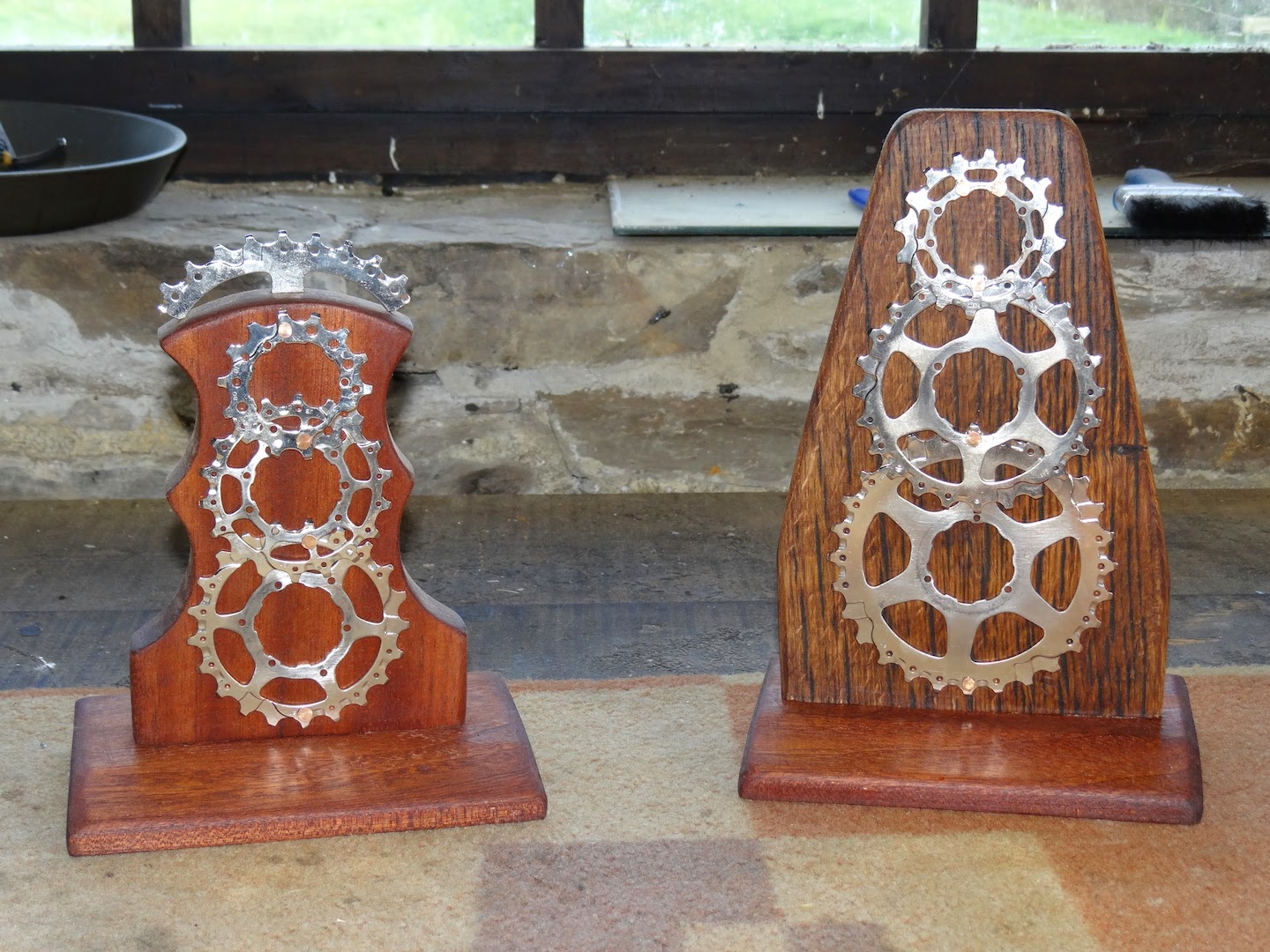 With Peter preparing to take his boat “Shanti” out of the water for the winter, Shamrock’s dock is beginning to look a little crowded. 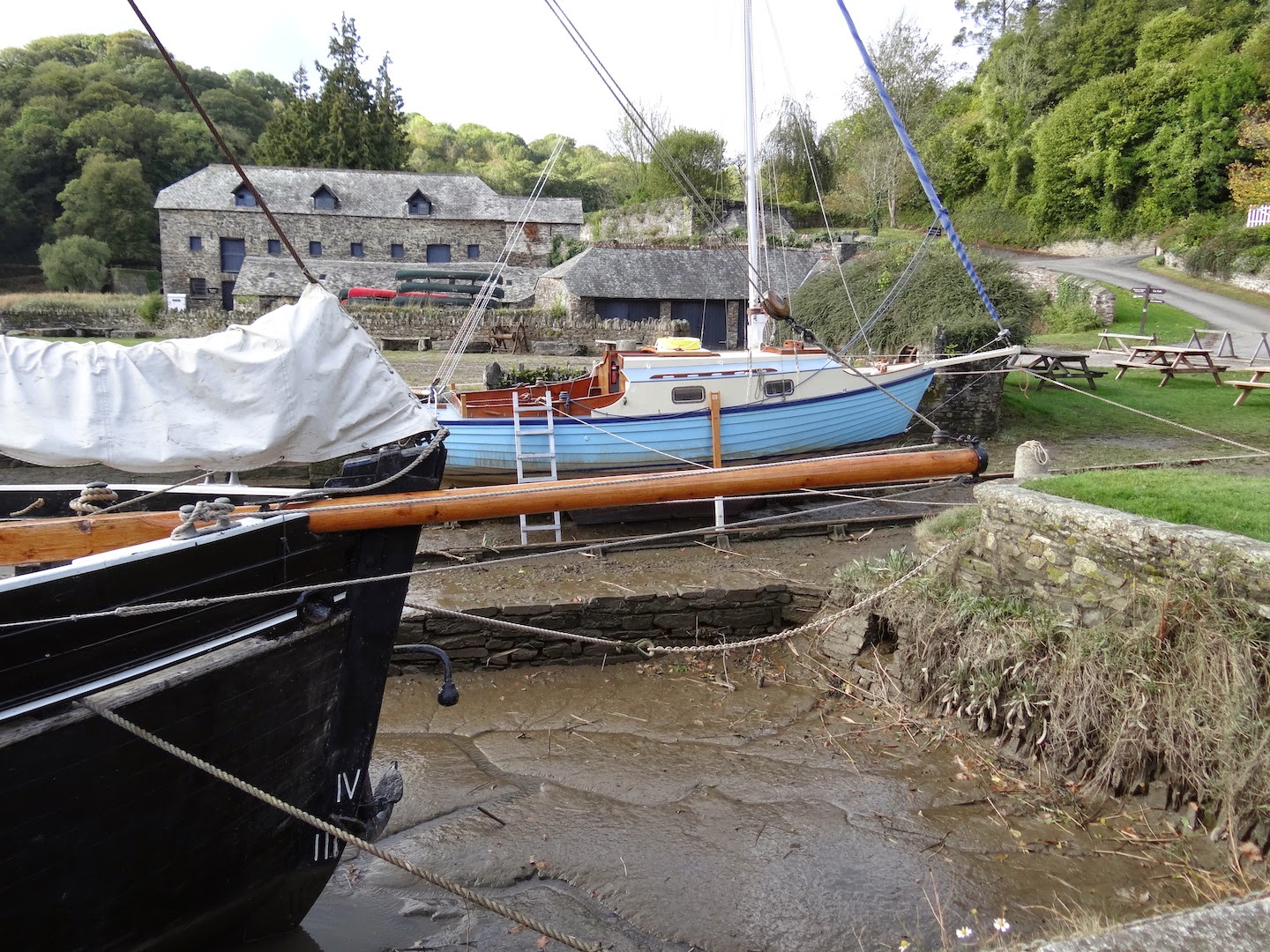 Posted by Shamrocks Crew at 21:16 No comments:

Email ThisBlogThis!Share to TwitterShare to FacebookShare to Pinterest
Labels: Cotehele, King of the hill, Shamrock

Nancy Belle's season is coming to an end, this was marked by a couple of river trips for the National Trust Cotehele Volunteers. 'Will' her crew member, who was doing the guide, commentary bit on the first trip decided to dress for the occasion and went a bit over the top. 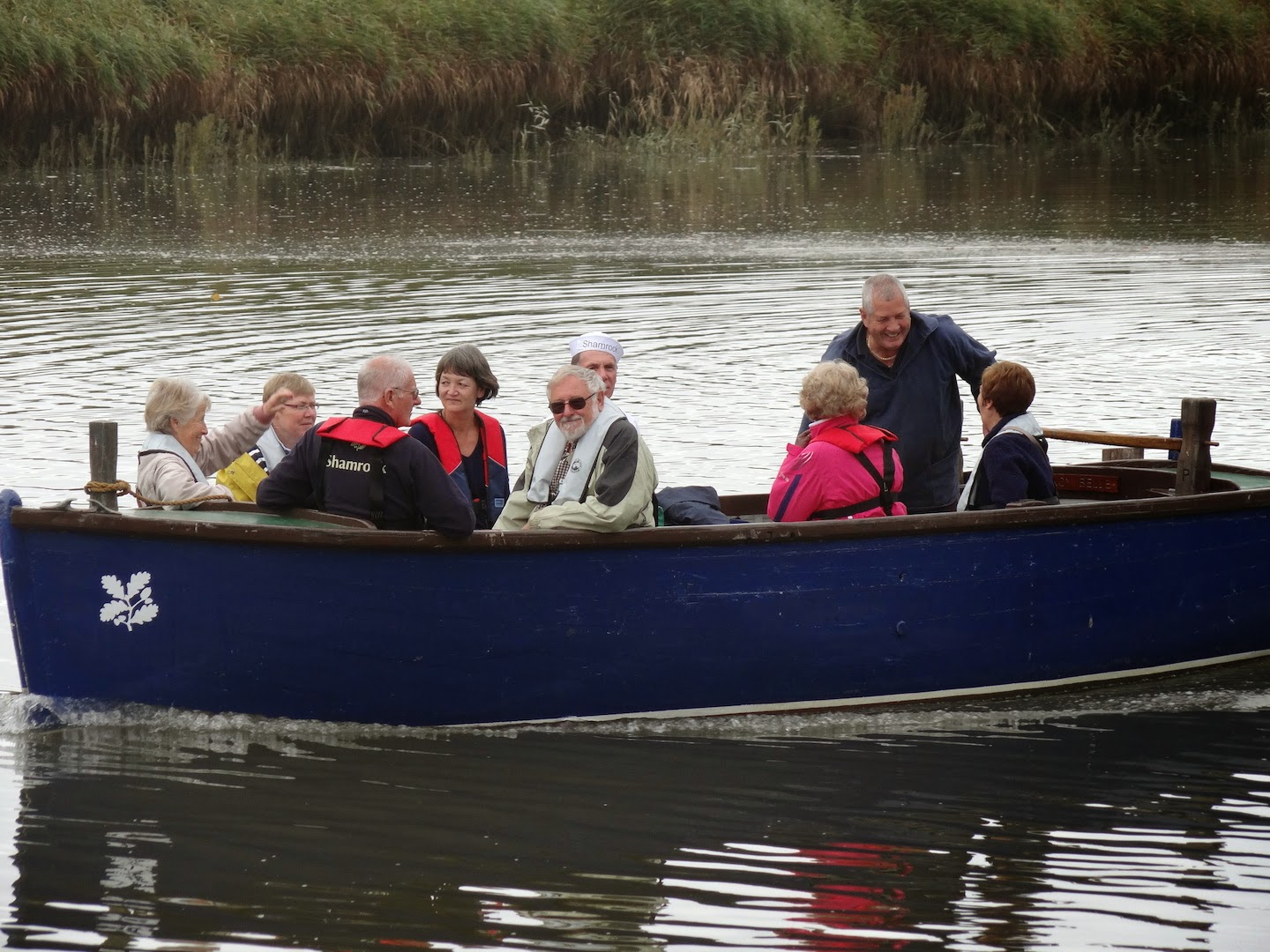 On the subject of Nancy Belle, her old Sabb engine should be soon making an appearance on eBay ready for someone else to take on. It's still a runner and only requires a bit of tender loving care. 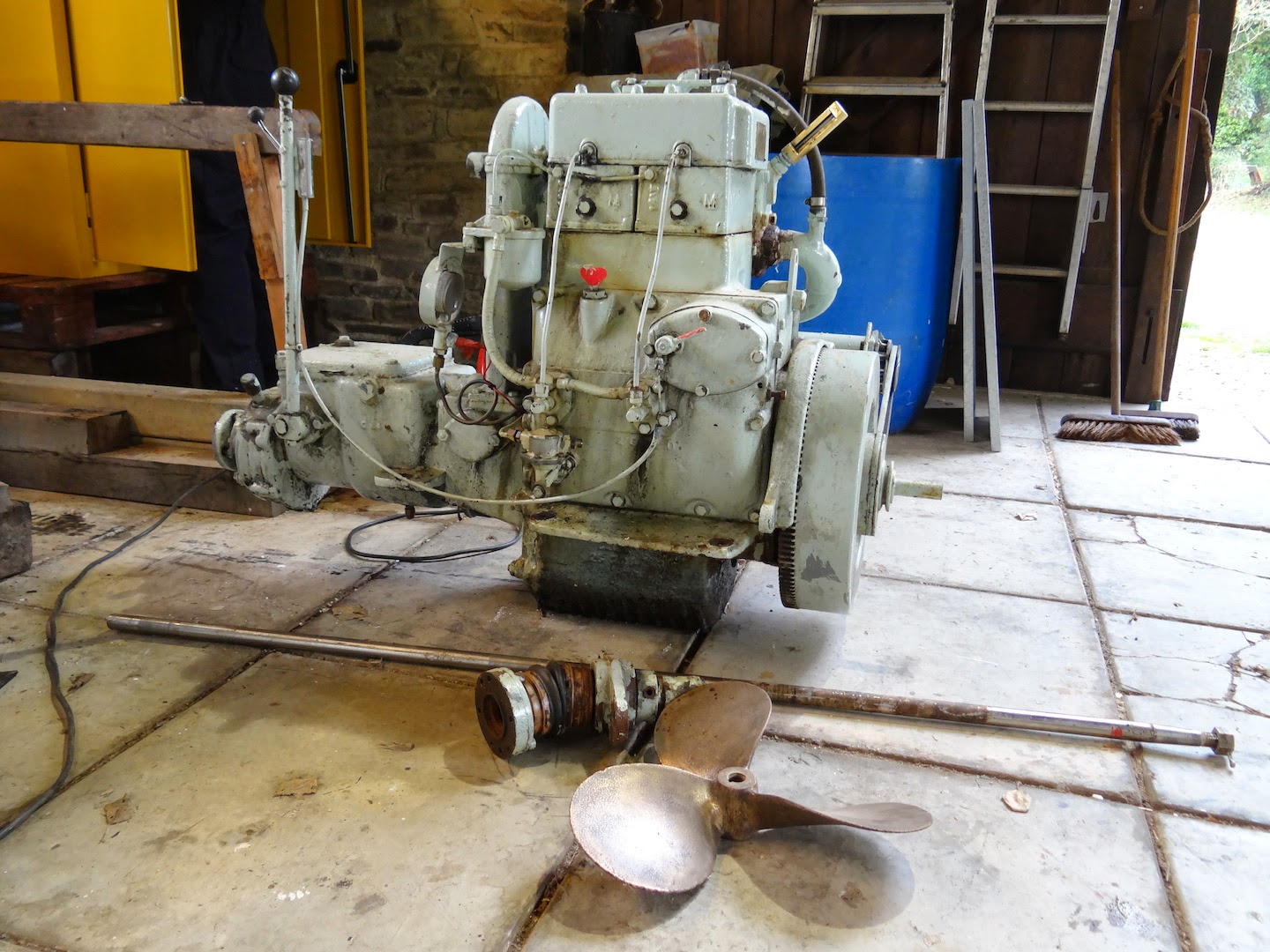 Posted by Shamrocks Crew at 20:14 No comments: