While the crew has been waiting for the tide to be right to finish laying the slipway track, the time has been used to collect the various sections of Shamrock's cradle from Cotehele Quay boat yard and place them at the top of the slipway track. Next came the Chinese puzzle of assembling the cradle and it was discovered that the weld numbers on the various sections are not in order, but assembly was achieved successfully. The cradles old base timbers, which where rotten, have been renewed, levelled off and finally topped off with old railway sleepers on which Shamrock will sit when she is hauled out. So much for August being a quiet month!


Posted by Shamrocks Crew at 19:49 No comments:

No sooner had the job of clearing Shamrock's slipway of accumulated mud had been completed, than a lorry appeared with some second hand “rail chairs”, “fishplates”, “steel clips” and “rails” ready for laying. The clips should hold the rails more securely than the wooden wedges used on the old track. A few tricks on how to make the job of fitting of the remaining tracks where picked up during laying of the two topmost sections of the track. Shaune was heard muttering something about being a boat-builder not a railway navvy! 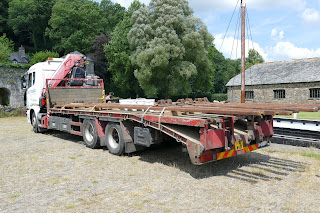 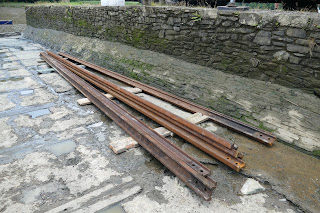 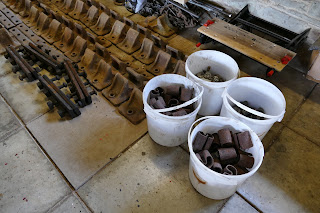 The new door fitted between the after cabin and the cargo hold has had a latch made and fitted that is more in keeping with Shamrock's existing door latches. 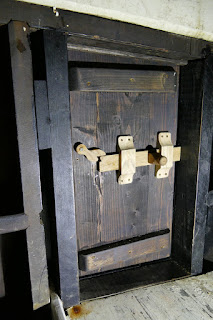 Posted by Shamrocks Crew at 21:50 No comments: