All Shamrock's eight new 2 in (50 mm) thick oak covering boards have been roughly shaped, thinned and temporarily screwed into place. The bulwark stanchions holes have been cut as a tight fit at the bottom with the top half being tapered out to form a caulking seam also the ends of the boards that abut one another have had their caulking seams cut. Once the inner lines of the boards have been marked the boards will be removed, faired to the lines, the outer edges rounded, before finally being fixed into place. 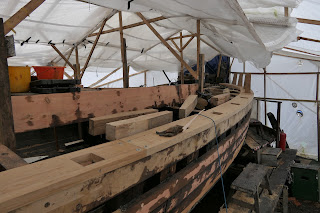 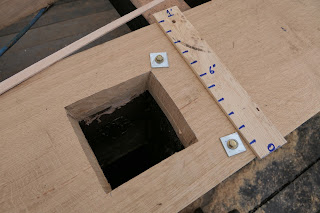 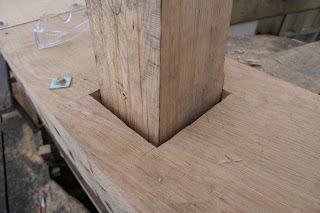 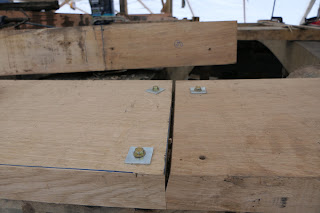 Posted by Shamrocks Crew at 21:37 No comments:

Josh, one of our team of Shipwrights, is advancing his career by taking on a new project. He has been offered, and accepted, a four month contract fitting out MV Cape Race in Reykjavík, Iceland and so Wednesday 30th January was his last working day on Shamrock. The crew would like to thank him for all his hard work and wish him all the best for the future. 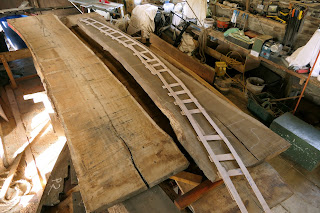 Fitting of the cargo hatch coaming has been completed with the sides through bolted to their respective beams. Weather check dovetails joints have been used, instead of simple half lap joint, locking the coaming side together as well as insuring any water ingress will always run out of the joint. As usual all butted surfaces have received coating of 'black butter' before being joined. 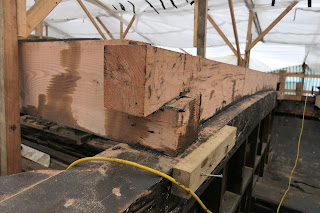 Posted by Shamrocks Crew at 20:47 No comments: