One More For The Collection

An early Skentelbery built clinker Mayflower Sailing dinghy has joined the collection of craft in the boat shed ready to be restored to her former glory. After spending the last 17 years in a garage a quick survey has revealed that she is reasonably sound. The first task will be the removal of the numerous layers of old varnish before a full assessment of what work is required and can be completed. 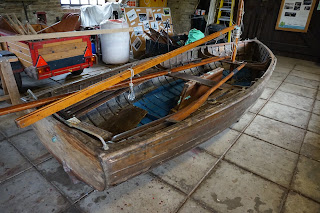 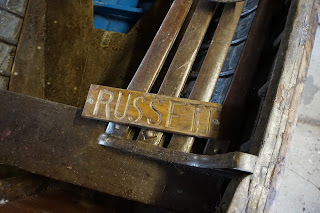 Shamrock's planned visit to Saltash Regatta has been cancelled. The crew will now be concentrating on getting Shamrock shipshape for 'Sutton Harbour Plymouth Classic Boat Rally' at the end of July. To counteract any drop in moral a new notice has appeared on the boat shed crib room door. 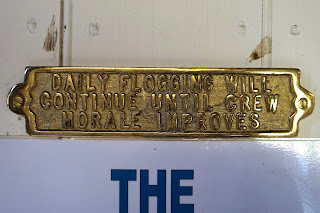 Posted by Shamrocks Crew at 17:18 No comments:

During Shamrock's handover weekend a cartoon of Shamrock's 1985 return passage from Dartmouth appeared in the boat shed along with photo of the intrepid crew. Some of the present crews time has been spent finding the cartoon characters in the photo. 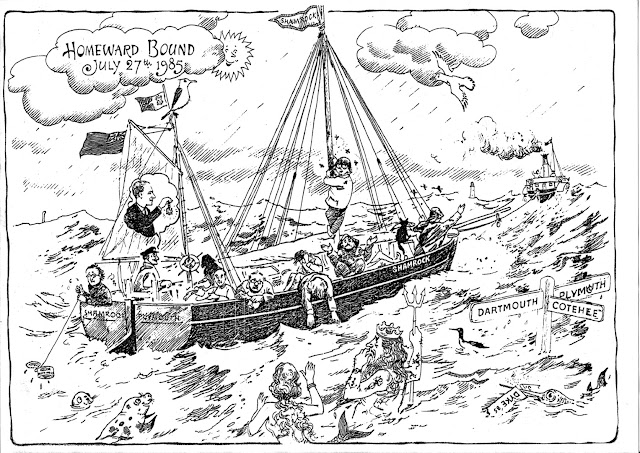 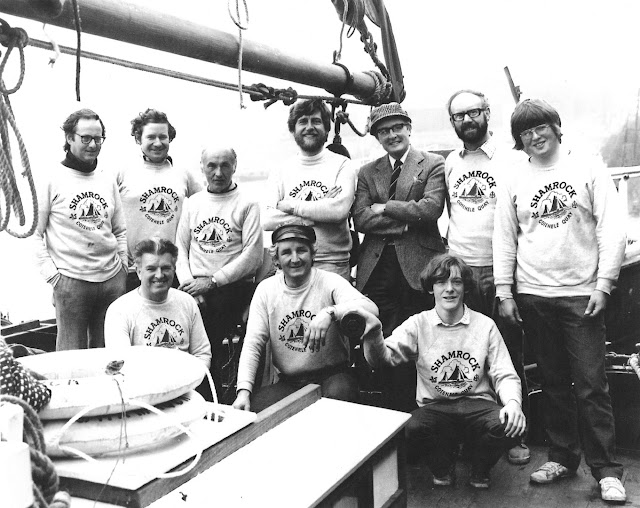 After a hard physical days work this years rigging of Shamrock has finally been completed using her windlass* to help stow the anchor chain followed by the hanging of her anchor.

*WINDLASS A special form of winch fitted in the bows to haul in the anchor-cable. Shamrock has a patent reefing windlass, heavily geared, with a 'gypsy' wheel patterned to fit the studded chain cable, which stows it self as it is heaved in.
Posted by Shamrocks Crew at 20:36 No comments:

Saturday 30th April was a great day with the National Maritime Museum handing over their Shamrock shares to the National Trust. Simon Stevens from the National Maritime Museum came from London to carry out the handover with Shamrock's “Ships Bell” being used as the symbol for this. The weather was good and Shamrock had over 350 visitors on board during the course of the day, it was great to see all the different families with the children having a great time doing the treasure hunt, flag making and the painting competition. The person who probably worked the hardest was the lady doing the face painting, it's reckon she must have painted at least 100 plus faces throughout the day. 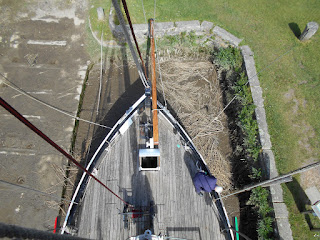 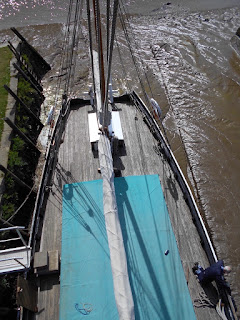 Posted by Shamrocks Crew at 20:46 No comments: