Thanks are due to the “Wreckers Border Morris” a local Morris dancing group who, during 2019, managed to raise a total of £1,542.14 which they have now donated to the Shamrock Appeal. After performing at the Cotehele 'Let's Wassail' on the 21st December they visited the quay and after yet another dance a cheque was presented to Shaune. Wreckers Border Morris are no strangers to Shamrock, in the past they have used the boat as a stage for their musicians whilst the troop were dancing alongside. Only another seventy seven similar donations are needed and a start can be made on phase two of Shamrock's conservation program.
For details of how to donate, visit the National Trust ‘Saving Shamrock’ appeal web page. 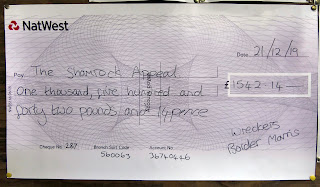 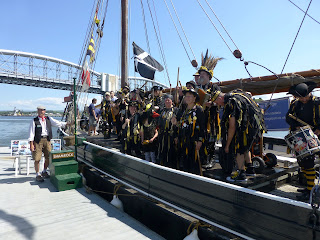 Posted by Shamrocks Crew at 20:50 No comments: