Visitors to the boat shed always seem to have smile when they read the following "Volunteers Ode" which is pined to the wall of "The No Sympathy Inn", rest room.

When I joined the National Trust, they promised me a fleece
A green one with "THE SHAMROCK" on, will wonders never cease

They also promised steel capped shoes, some goggles and a hat
Which made me look a proper burke, so I didn't think much of that

In the next few weeks things appeared, like tools and bits and pieces
I thought, well that's all very well but where's our ruddy fleeces

Now the season is coming to a close and they're expecting us to cease
But I tell you, I'm not going till I get my ruddy fleece

Volunteers have been working on the Shamrock since 2006. This ode was penned by one of the first year volunteers; yes we now have fleeces and also Shamrock overalls. 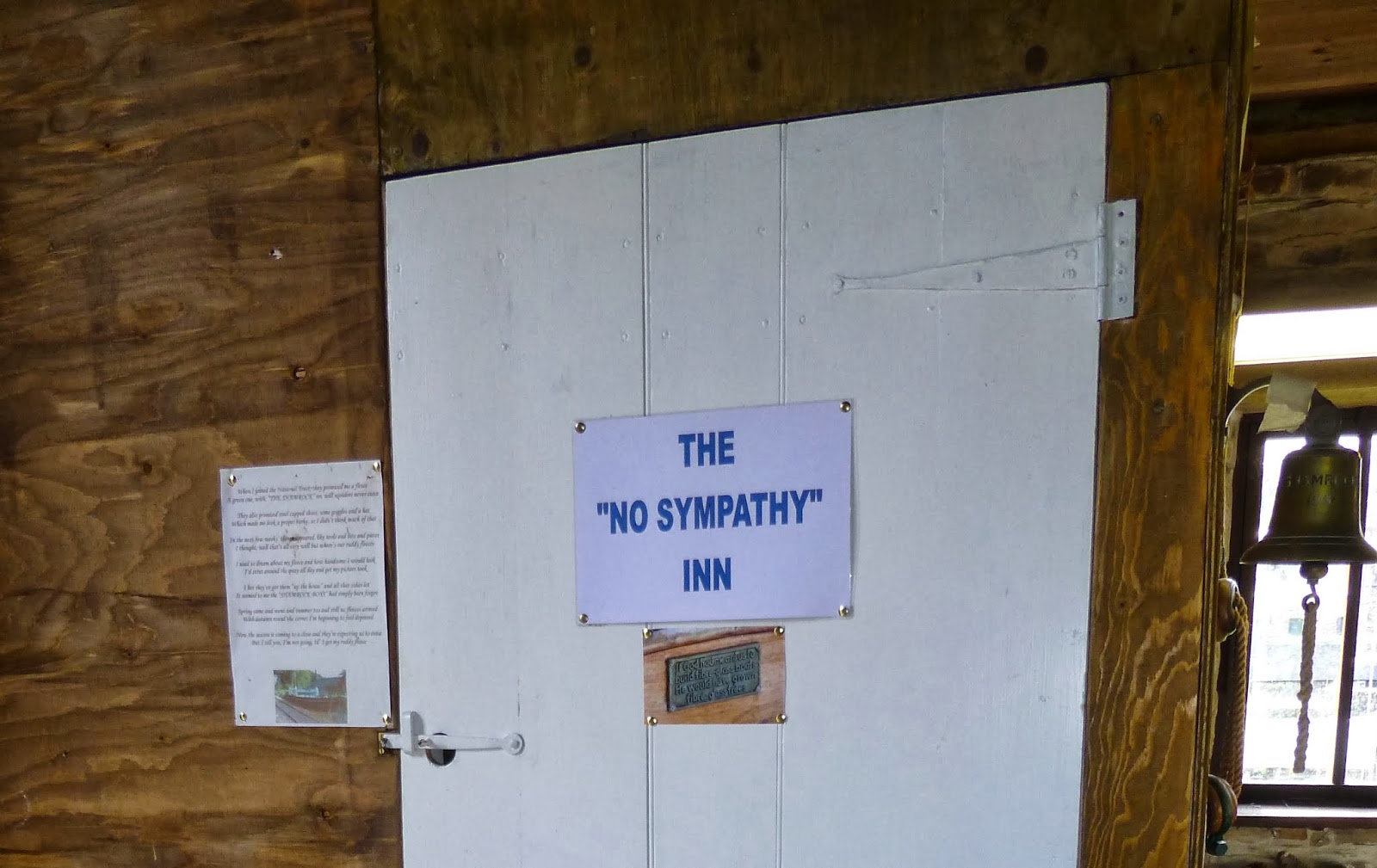 Due to the large number of "Tamar Crocodile's" coming down the river Nancy Belle has been moved from her mooring and is now on the boat shed slipway ready for her winter maintenance.
Tamar Crocodiles are tree trunks or large logs that float down the river almost completely submerged. 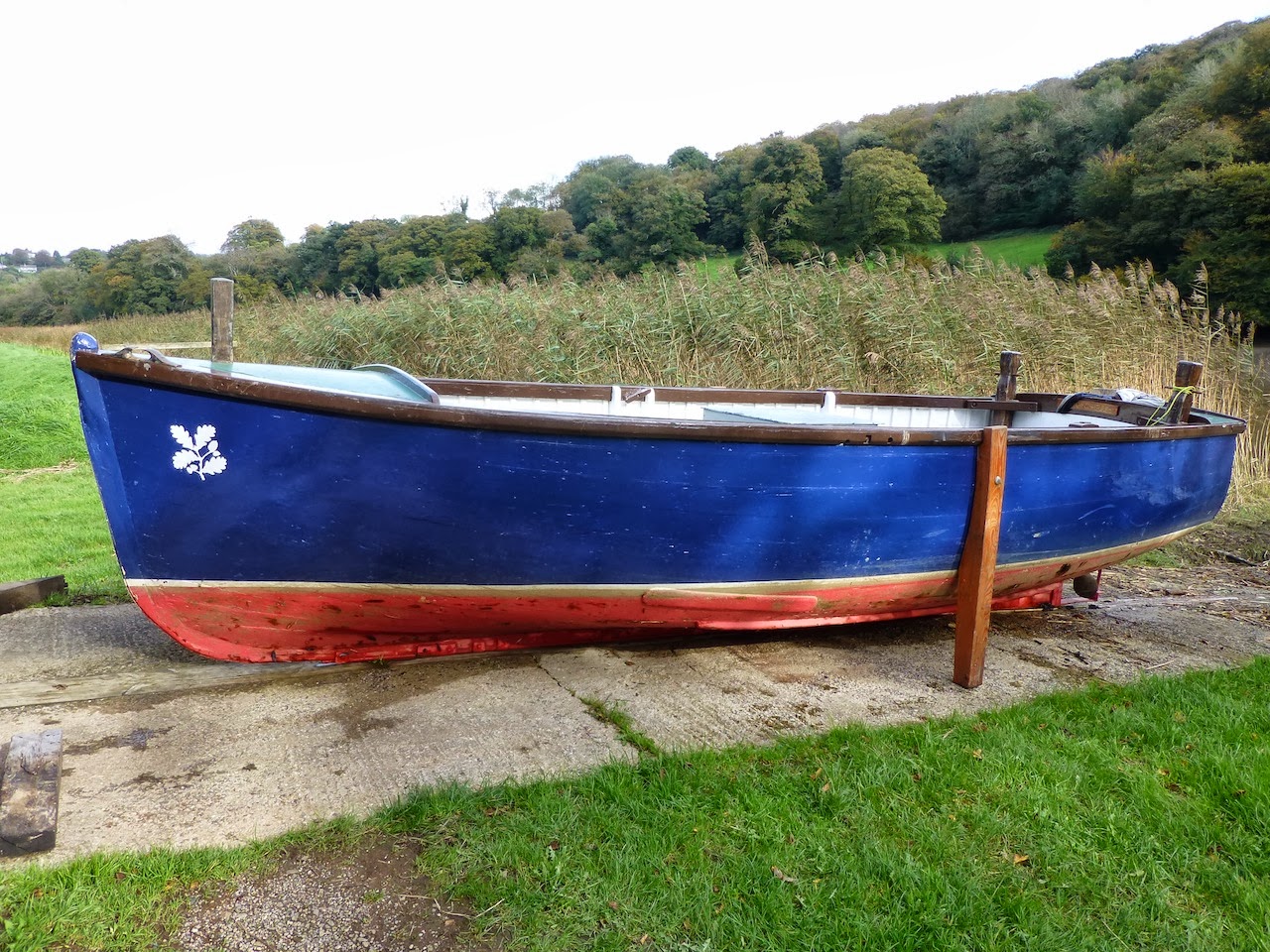 Posted by Shamrocks Crew at 09:52 No comments:

The day is Tuesday and it's getting late, Shaune is about to lock up for the night when Joe, Cotehele's head ranger, appears at the door with a box of old bike bit's. "Shaune can you just make some trophies for the weekend's King of the Hill" he asks.
As Shaune is not known for refusing a challenge most of Wednesday was taken up with designing and producing what can only be described as a couple of more unusual trophies. 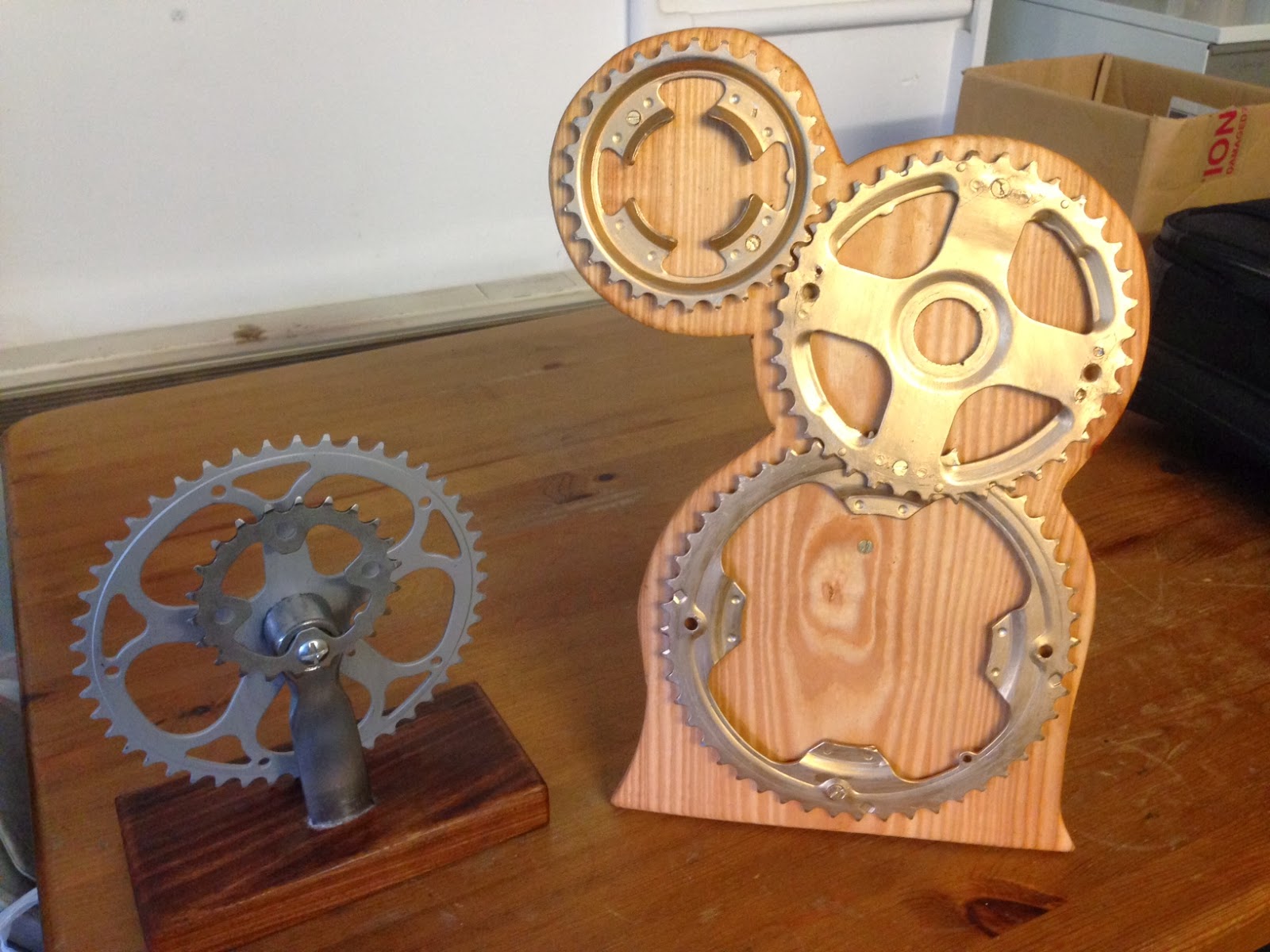 The following event blurb describes the weekend's King of the Hill event.

Shamrock's staysail has been removed to the boat shed where it was dried and folded before being stowed for the winter. Only the main and mizzen to go. 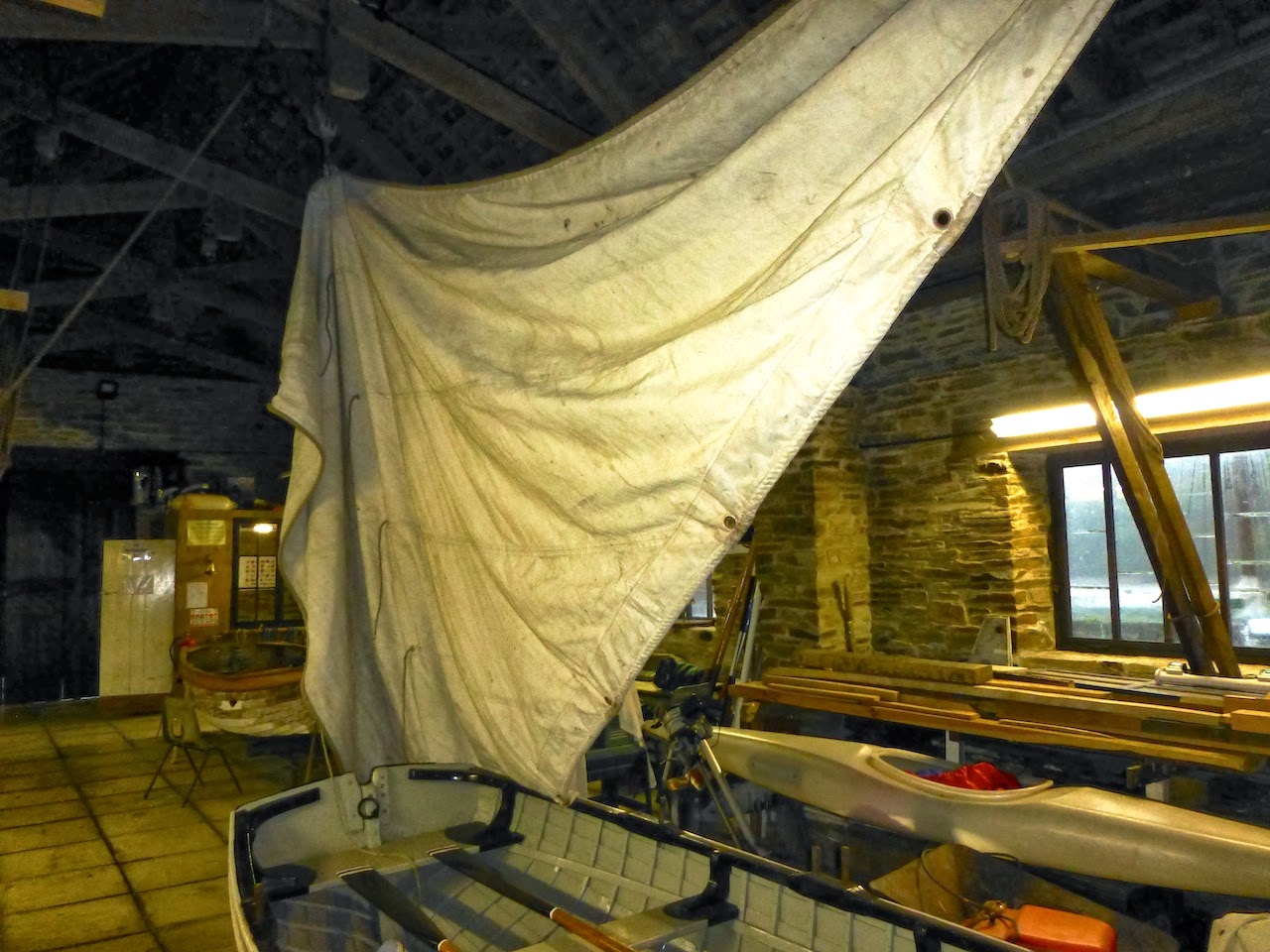 Last week's visitor obviously decided there is a better chance of catching flies at a different location and has now moved web to above a table near one of the sheds windows. Still no signs of any flies getting caught though.

Posted by Shamrocks Crew at 19:16 No comments:

Life on Shamrock and in the boat shed is starting to get quiet with the number of visitors reducing every week. We have even managed to leave one visitor to the boat shed hanging around above Shaune's boat. 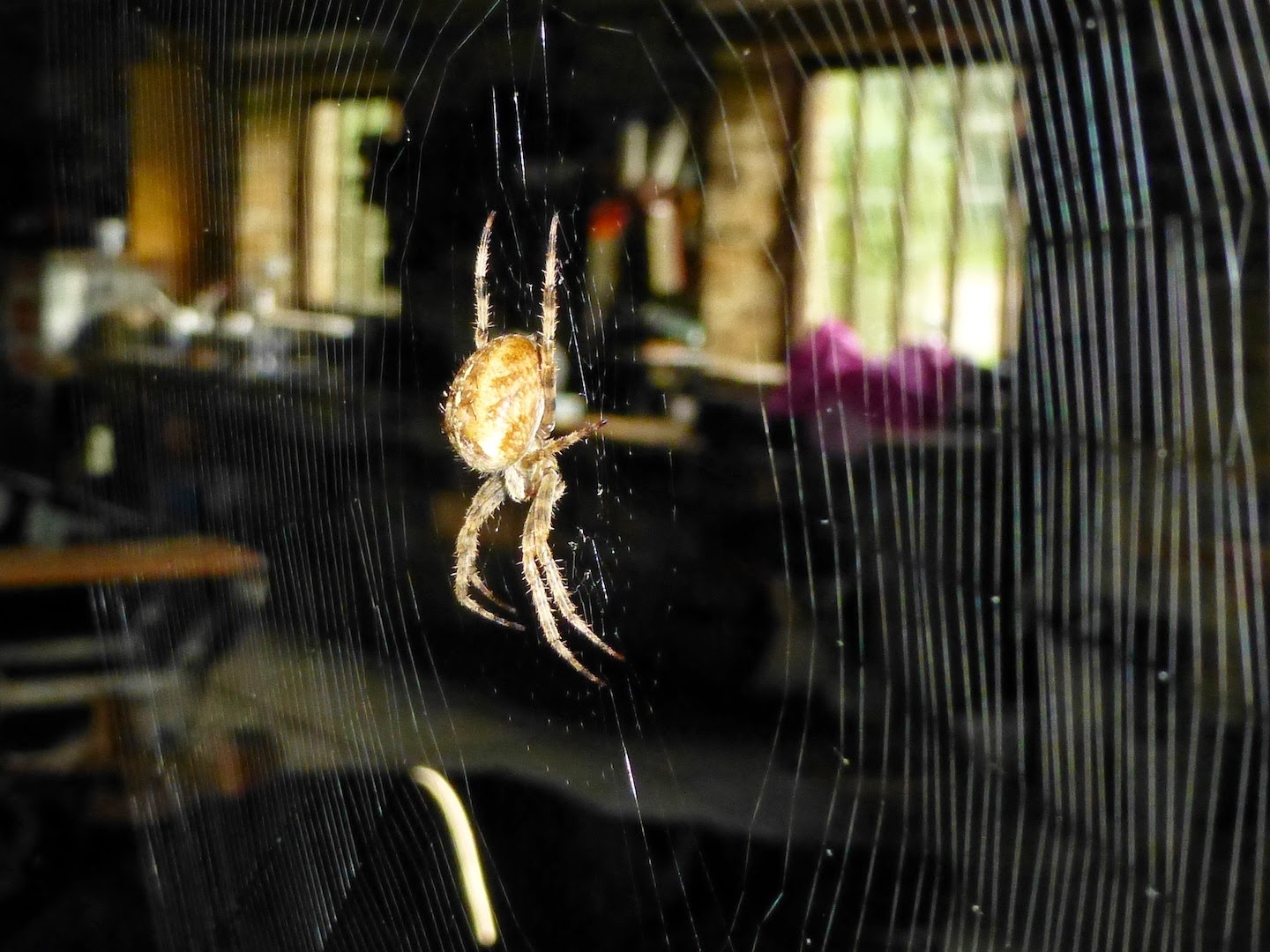 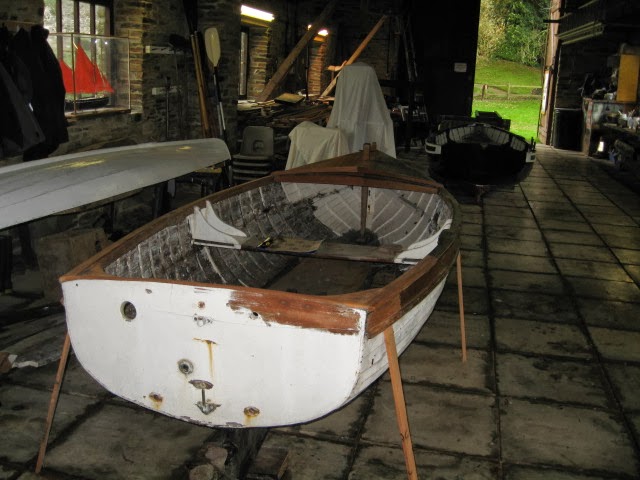 Not that all activity has ceased with work continuing on the new gangway. The design has been changed and instead of using the existing gangways stanchions these are now being manufactured from wood, along with the hand rails. One result of this activity has been that we now have a tidy wood rack, well almost. 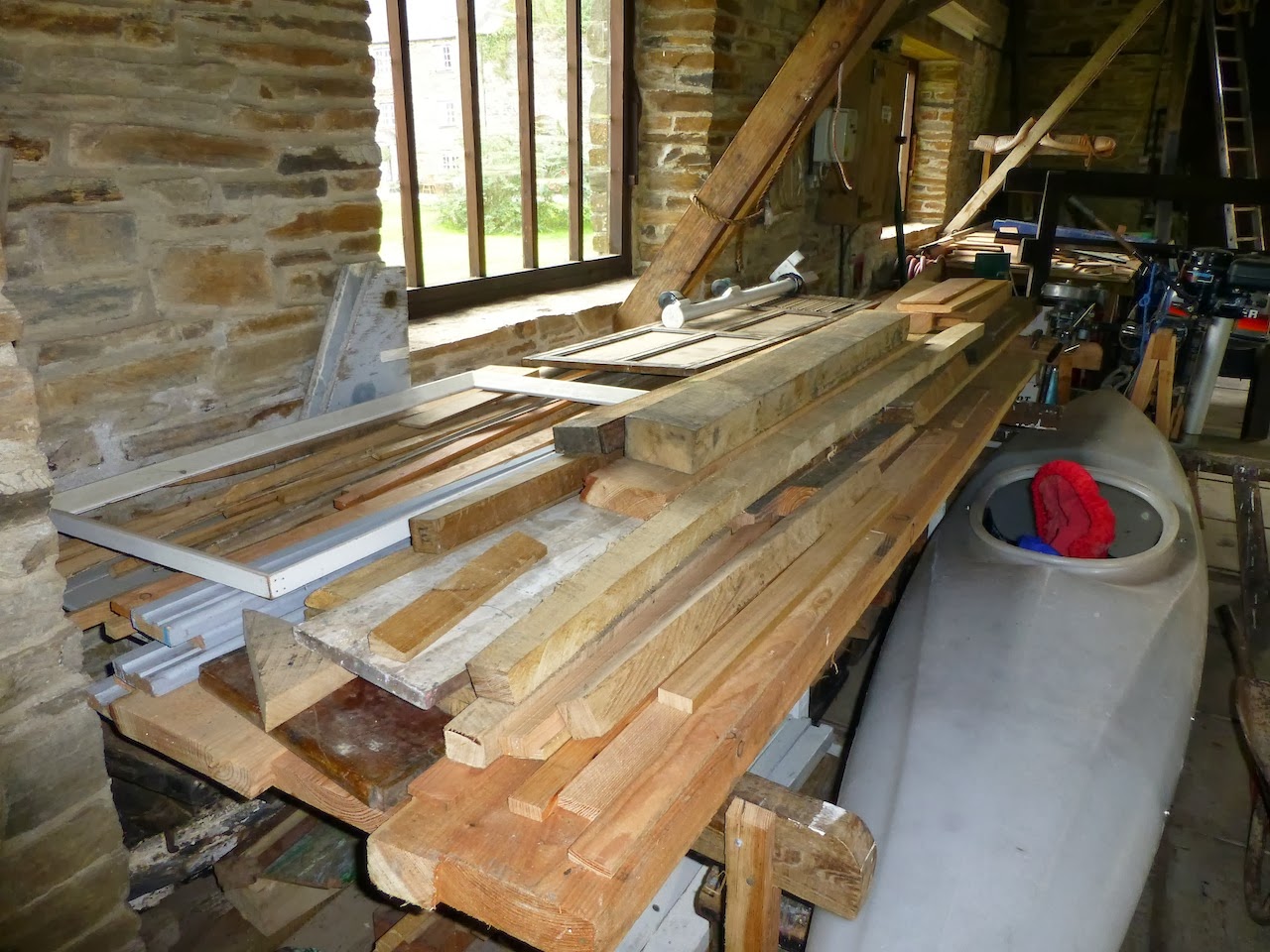 The ‘Thursday gang,’ hoisted the jib so that it dried in the sunshine and at the end of the watch unbent it and took it into its winter quarters in the shed. Just to prove to Shaune that they were not slacking while he's away!
Posted by Shamrocks Crew at 11:34 No comments: