The following photos of Shamrock interior are for visitors to Cotehele Quay who can now see more of her but are still not allowed onboard and anyone else who is interested. 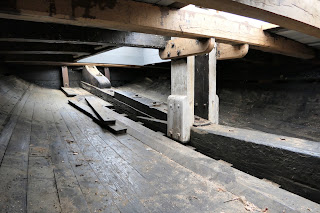 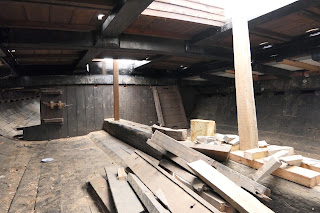 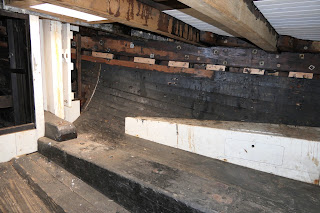 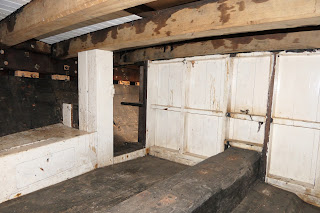 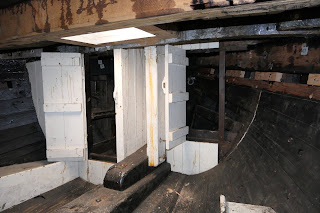 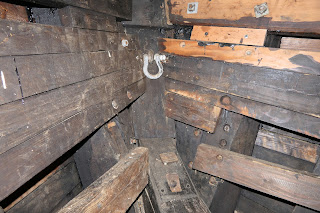 Chain locker.
Posted by Shamrocks Crew at 20:11 No comments:

Bob Medler, the ships surveyor, has visited Shamrock and signed off the work completed to date, he was impressed by the high standard. This marks the completion of phase one of Shamrock's current restoration program. Restoration work has now ceased on Shamrock until the phase two funding has been released. Once approved, this will allow the commencement of the removal and replacement of the false keel and keelson. As a result, Shuggs and Mark have just completed their last working week on Shamrock until phase two, the quay will be quiet without the sounds of sawing, hammering, planning, etc. Their last week was spent, with a lot of help from Shaune, and a little help from the crew, completing the fitting of the cargo hatch coaming dog cleats. Moving the deckhouse and companionway to the boat shed ready for a new coat of paint and replacing the varnish with 'Woodskin'.  They also upcycled Shamrock's temporary cover by removing its sides, then lowering the top until it rested on the wash strake and lashed it to the bulwarks. Cutting the cover support beams to give about 20 inches (508 mm) of overhang and fitting a baton edging strip. The cover was then stretched taut and by screwing a second baton edge to the first, holding the cover taught. This layout should keep Shamrock dry while also allowing plenty of ventilation. Looks a bit like a 'Wanchai Burberry' to the crew. 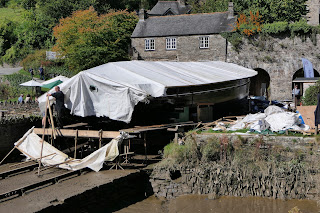 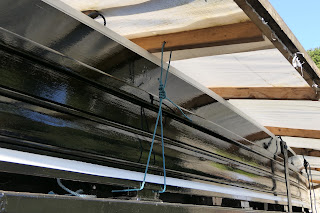 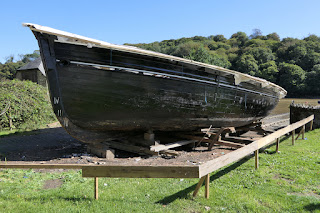 The site still needs tidying, what’s left of the cover sorted with any sound lengths of timber stored and any remaining timber moved to the boat shed for the stove.
Posted by Shamrocks Crew at 20:31 No comments:

On Shamrock the first of the cargo hatch coaming dog cleats have been fitted. 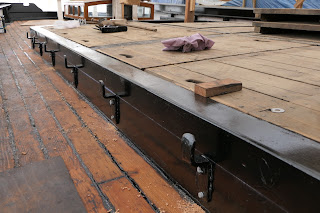 Fitting of her ‘chain-plates’ has been completed. 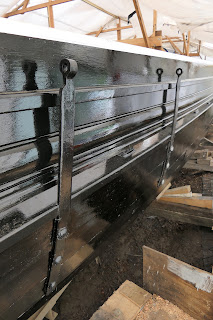 A total of 36 bolts, made up of a combination of new and old, have been fixed to Shamrock's port side bracing her ‘beamshelf’ and ‘hanging knees’. Some were missing and some replaced undersize bolts fitted during previous repairs. 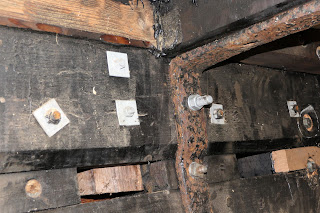 To cap the hull bolt and nail heads, that have insufficient counterbore to hold a wooden plug, a mixture of ‘trowel on Bitumen Mastic' (black butter), P.V.A. glue and cement has been used. Once set theses will be sanded flush and given a coat of bitumen paint. 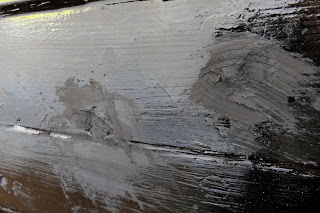 In the boat shed new ‘thumb cleats’ have been cut from an oak offcut and are undergoing their final shaping. 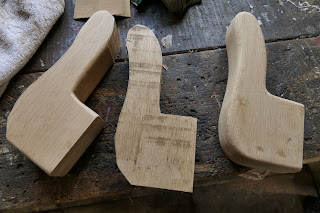 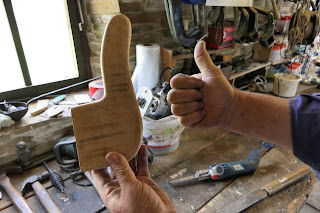 Posted by Shamrocks Crew at 20:03 No comments:

With the fitting of the last of the chainplates delayed until an order of freshly manufactured coach bolts arrive Shamrock is being prepared to be exposed to the elements. 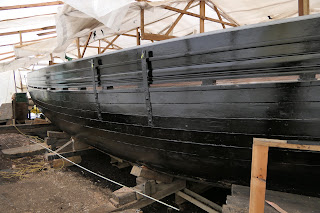 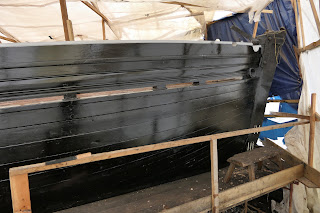 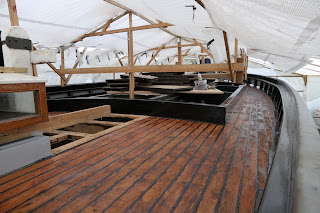 Posted by Shamrocks Crew at 19:51 No comments: