Geoff started working on Shamrock in March 2007 and was one of the first volunteer crew. He and his wife Pamela, who has been a volunteer at the house (Cotehele) for 7 years, have decided to move to the wilds of Scotland.

Geoff will be missed as the crew member who, if you wanted any intricate woodworking or carving, was the one to do it. He was always ready to crew Shamrock on most of our river trips as well as being the obligatory "good with the paint brush".


Some of Geoff's Shamrock legacies.

Posted by Shamrocks Crew at 22:20 No comments:

This week has seen the removal of the furniture and fittings from the fo'c'sle cabin; its hatch cover has also been removed to the boat shed for cleaning and painting. During the process it was discovered that the cabin table can be folded flat making it a lot easier to stow.

On deck the staysail boom, staysail sheet, mainsheet and mizzen sheet have all found their way to the boat shed. After unreeving the ropes they were then coiled and spread over Shamrock's workboat to dry ready for storing. The blocks have been placed to one side ready for servicing and varnishing as required. 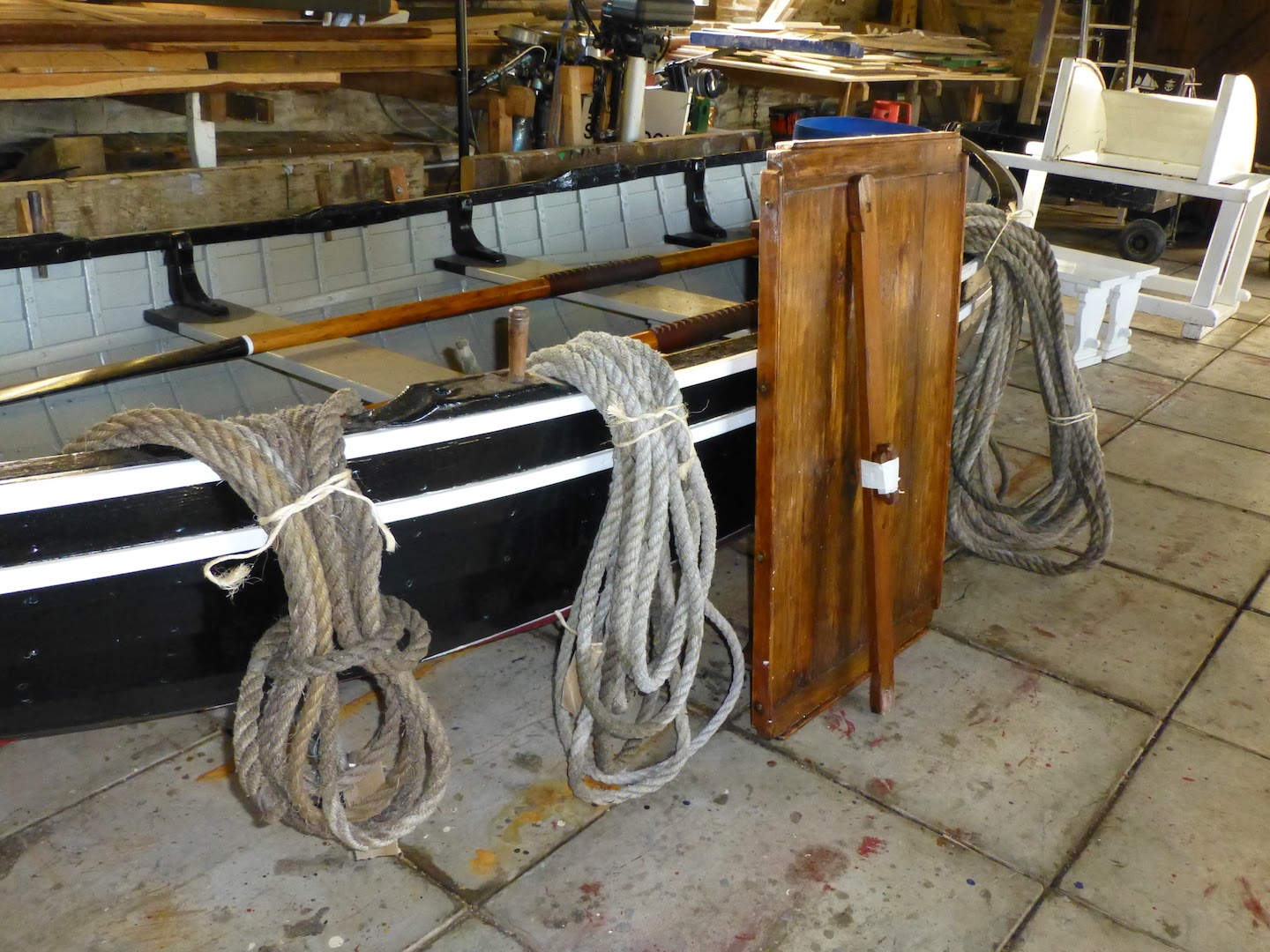 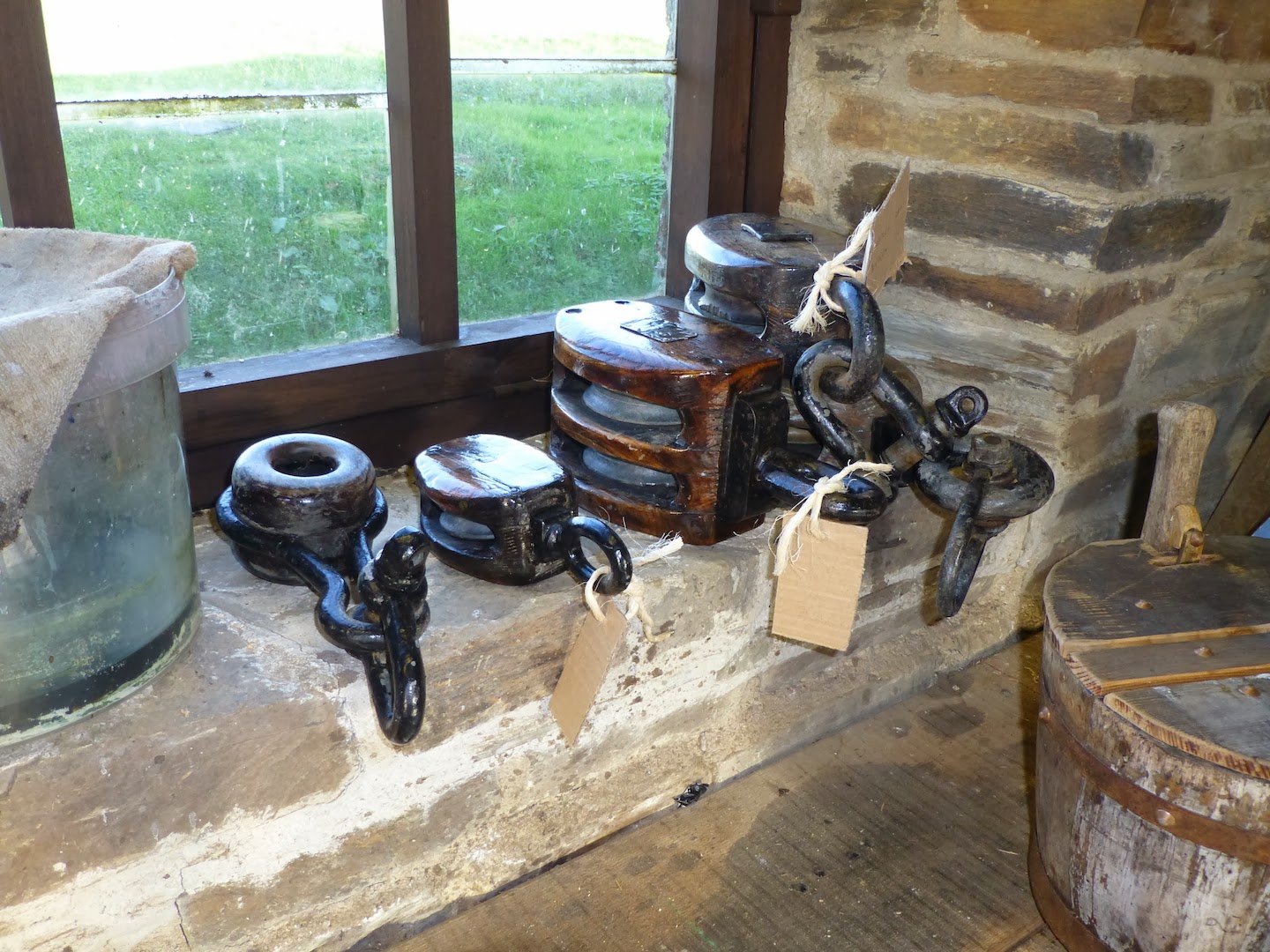 Posted by Shamrocks Crew at 11:10 No comments:

The first item of the week is a bit of self-congratulations as Cotehele has won the Gold award in the Historic & Heritage Property & Country House category at the 2013 Cornwall Tourism Awards.  Shamrock's Crew likes to think that we played our part in winning this award.

Shamrock is gradually being de rigged ready for the winter with the removal of the mizzen sail, lifebelts, light-boxes, drag-chain and any other items that are easily or not so easily removed. The spiders had a bit of a shock when the light-boxes were removed. 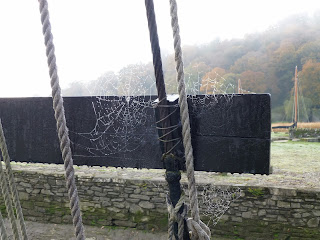 The boat shed is getting a lot more organised in the tool department with the completion of a new tool board. The instigator of this is Barry Marshall who used to be a helicopter engineer, no one could have guessed. 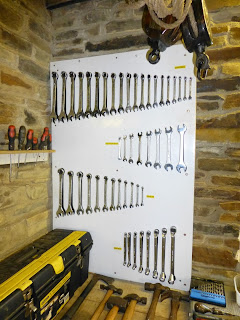 Posted by Shamrocks Crew at 22:58 No comments:


Life in the boat shed has been quiet this week when compared with last week's "Spooky Fun" hoards, and the only decoration has been the mainsail drying. A reminder of the last week could still be seen outside the shed door with a couple of Friday's monsters that their creators had forgotten to collect. 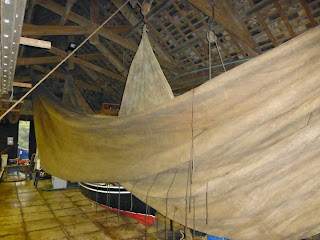 Wednesday saw the dock-washing fire pump being recovered from under the work bench, and put to use washing the mud from Shamrock's dock slipway, after its usual last minute repair. Extra depth was also added to a section of the quay's wall with the clearing of its accumulated mud. Luckily in a way, the weather was wet with fewer visitors liable to get wet due to the washing process. 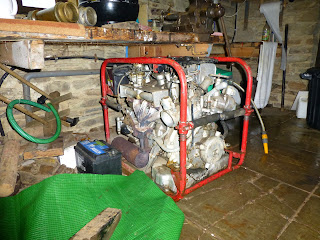 Posted by Shamrocks Crew at 12:48 No comments:

Due to last weekend's high winds, the plan to erect a marquee on Cotehele Quay for this week's "Half term spooky fun on Cotehele Quay" had to be cancelled. As a result, half of the boat shed has been commandeered and decked out for the week's pumpkin carving, broom making, mask making and monster making activities. Judging be the amount of visitors, noise and exhausted members of the countryside team / volunteers coming from that end of the boat shed a good time was had by all. The only disappointment was that no one managed to fly away on their broom!

One result of all this activity was that Shamrock had a regular stream of visitors.

Posted by Shamrocks Crew at 15:08 No comments: