Decks.
Fore deck and both side decks caulked and tarred. Aft port side caulking and tarring started after being cleaned and sanded. 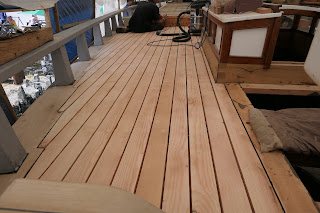 Cargo hatch.
Two lines of a combination of old and new steal rubbing strips fitted to inner faces of both sides. Old hatch boards fitted, checked and adjusted as required. 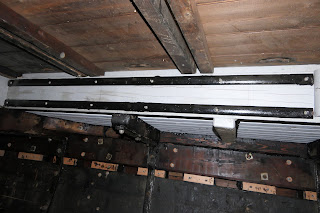 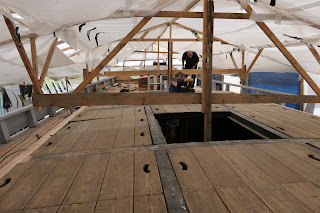 Bulwarks
Where the bulwark stanchions slot through the covering boards, especially the cargo gate stanchions, was an area where water leaked into Shamrock resulting in the large amount of the wet rot found during the current restoration. To insure a better seal, after caulking and tarring the slots, Shaune has made moulds, poured tar around them building up the seal above deck level and finally rounded the edges off with a hot knife. Completed: fitting, plugging and priming of the starboard bulwark side planks. The port side planks are currently in the process of being fitted. 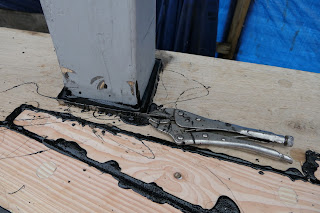 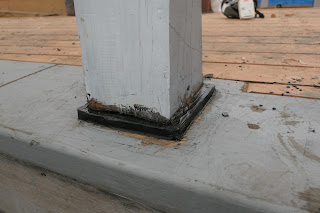 Other
Three out of the four of the cavils have been fitted. Oak stern fairleads now completed. Work has started on the wash strakes with the both fore sections being cut from oak these will have the fairleads cut into them replacing the stag horns and matching the stern fairleads. 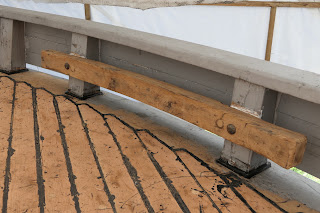 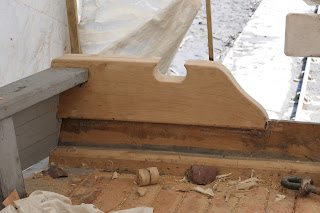 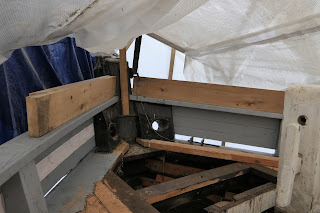